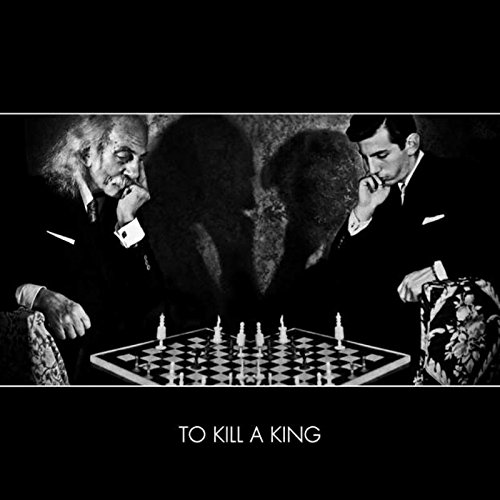 Now two albums into their career, To Kill A King have sat on the cusp of the mainstream since they mustered a fair bit of hype for their early EPs. Sadly, they don’t quite manage to rise to the next level on a patchy second effort that suffers from poor musical choices, yet at times ably showcases the group’s underlying potential.

"Compare Scars" offers a promising start. The opener beings slowly, allowing frontman Ralph Pelleymounter’s excellent vocals to shine, before bursting into life with some splendid rhythmic guitar work, with the line "I know it’s hard when they’re calling your name/But keep your head straight" offering a strong lyrical hook. Yet the album’s first track is an exception to the rule that when To Kill A King are trying to be an out-an-out indie rock band they’re at their weakest. Similar beasts don't fare so well; "The Chancer" suffers from uninventive instrumentation, while latest single "Love Is Not Control" is a weak representation of the band’s sound.

Another problem with To Kill A King comes with the backing vocals, which - in stark contrast to Pelleymounter's winning delivery - are too often rather poor. "Oh My Love", with its ill-advised gospel choir backing, is the biggest culprit, while the back up singers on "Good Times (A Rake’s Progress)" keep the track firmly in Bruce Springsteen-mimicking territory.

The slower acoustic tracks found on the record's latter half are the easiest to fall for, as they really demonstrate Pelleymounter’s exceptional vocal talent. "Musicians Like Gamblers Like Drunks Like Me" is the album’s understated yet immediately evident highlight, a song on which everything from the instrumentation to the pacing work really effectively in conjunction. "World of Joy (A List Of Things To Do)" is another strong moment, bringing an effective injection of pace and for once nailing the backing gang vocals, which have a nice, considered touch. "Today", a sweet, short closer, ends the record on a welcome positive note.

This is a frustrating second record, but it does prove that To Kill A King have the potential to be a far better band. While it ultimately rarely thrills, you get the feeling album three could be a marked improvement.