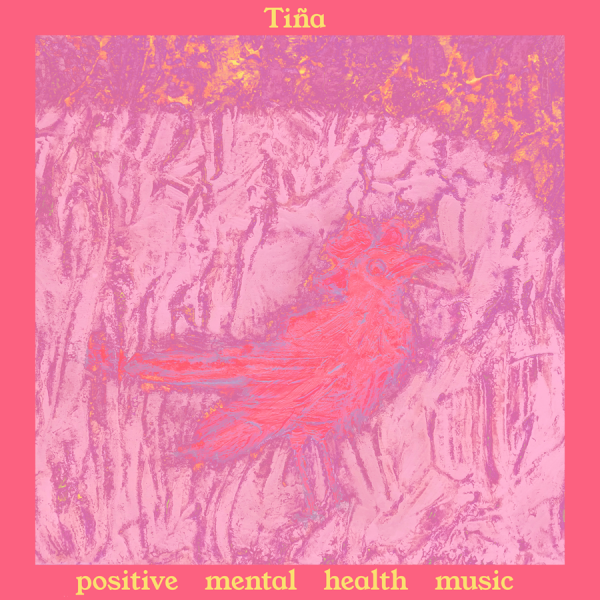 Written to work through a mental breakdown, Positive Mental Health Music deals with the fragility of the mind and body, intimacy, and suicidal thoughts, while simultaneously celebrating growth, solidarity, and togetherness. Each component brings forth its own texture and hue, the dense sonic canvas varnished with a layer of humour; a melting pot of colour and vitality.

Prioritising sincerity over severity, the record effortlessly jumps between self-deprecation (“Buddha”), corporeal inquisitions (“New Boi”), to even a dangerously catchy bop about suicide (“Golden Rope”). The wolf howl chorus of “Closest Shave” is guaranteed to crack a smile, while the rocking, hypnotic guitar line of “I Feel Fine” almost distracts from its double-taking “dicks in the sky / vaginas in my mind” chant.

While a definitive trait, there are times when the soaring vocal range becomes more uncomfortable than harmonious. On “Rooster” Loftin’s vocal delivery dances in the highest rafters of his range, the tender romanticism of the lyrical poetry somewhat skewed by the abrasive falsetto.

Superbly orchestrated, the glassy synth modulations and progressions act as a psychedelic anchor across the record. It’s during the quieter moments that the emotive power of Positive Mental Health Music is amplified though - the analogue production helping to capture the intimacy of the record, most prominent on elegiac “It’s No Use”. The sound of gentle fingers striking each guitar string with a subtle pang, the warmth of the cello magnified, the strings and synths melting into one, its polyphony coating the senses in a thick, golden glaze.

The record draws to a close with appropriately poignant head-swayer “People”, an anthem for hope and humanity, finding a now-wise Loftin asking “Have you seen all there is in this world?”. A record rich in sentiments of togetherness and compassion, it’s one that will make you want to throw your arms around those you love and tell them everything will be alright.