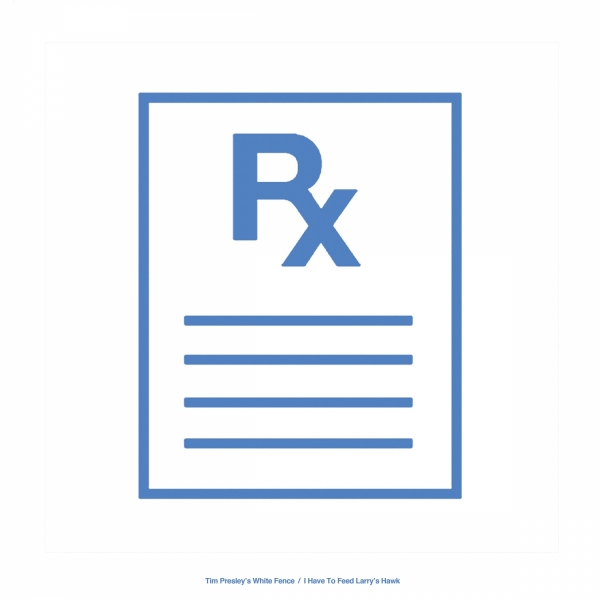 Joy, recorded with Ty Segall and released last year, was a cocksure, psychedelia-tinged swirl of sex and limbs and thumping rhythms.

I Have To Feed Larry’s Hawk exhibits little of this exuberance and is in large part a more gentle work of perspective and introspection, aided by a curatorial production that treats each element of the music, electronic or acoustic, like a moving part of a clockwork diorama, Presley’s breathy vocals condensing on the glass of the bell jar as he watches them all tick and turn. The title track crests the horizon like a halogen dawn, with Presley offering the morning sermon: “Take off your hat and your digital la-la / Take time for yourself / I dare take some time for me”. It turns out to have been time well spent.

The tracks on Larry’s Hawk began their lives as piano sketches in Cate Le Bon’s winter hideaway in the Lake District, and there are some familiarly Anglophilic flavours on the menu. Presley serves a smoky saucerful of Syd Barrett on lead single “Lorelei” and the jaunty “Until You Walk”; a punky slug of “Suffragette City” on “Neighbourhood Light”; and, for your pleasure, a dash of Roxy Music on “Forever Chained”, with its jazzy lustre and squealing sax.

For Presley, the act of "feeding Larry's hawk" is a kind of addiction or compulsion, a system of behaviours that can be as much a weighty encumbrance as a tether to the self. Manifest as an internalised sensitivity - the need to contemplate and sustain the emotional self - we can see such a process both on the more derivative (but accomplished) tracks and on "Indisposed", a subdued ballad of deadpan melancholy that stands out as one of the best here.

The brief "Fog City", with its subdued organ keys and reverent choral backing, presents us with a threshold to the celestial beyond: "Fog City Dry-Cleaning / It's right up the stairs, don't be scared / Many go there, but they're usually prepared". It gets a warm, sunset-hued reprise at the close of the album, turning the insularity of the original into a welcoming embrace.

Appended to the very end are “Harm Reduction (A: Morning)” and “(B: Street & Inside Mind)”, extended ambient digressions (named after a SF substance misuse treatment centre) that trace concentric circles wider and wider across almost 17 minutes of the record. By the time they come around, the record has already served up the best it has to offer, but they're a fascinating glimpse at what Presley has yet to offer.