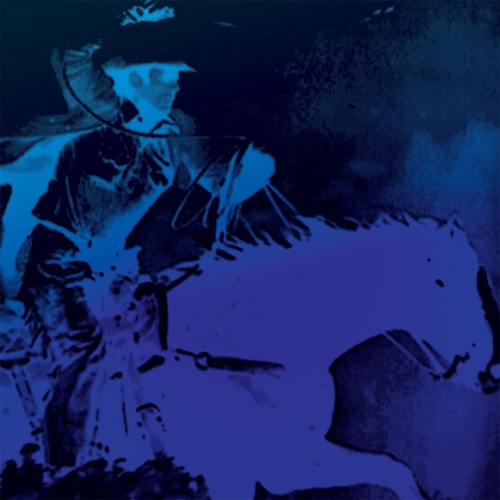 youarelistening.to is a site that offers users the opportunity to tune into a city. It’s not quite a surrogate for travel: whether you choose San Francisco, Denver or Houston the site filters the same kind of ostensibly “intercepted” emergency radio chatter through your speakers. Free of context and spoken in the codeword-strewn language that cops, firemen and paramedics speak in, the information you’re eavesdropping in on soon ceases to be about anything in particular at all, rather just Emergency Stuff. The site obliges the sense of unease by soundtracking it with a heightening rumble of bass and synth drone – just to add to the sense of inner city anomie. Initially fascinating, it’s a site that – because it’s a little pointless on its own – soon becomes the kind of place you gravitate towards while you’re doing something else that needs a little aural wallpaper, whether that’s writing, reading or – if you’re one of those sleepers – just trying to get a little shut-eye.

In that sense the site feels like a metonym for how people regard and use ambient music – and perhaps, increasingly, all music. “I listen to it when I’m doing something else.” It’s an application that would appal Tim Hecker and Daniel Lopatin. As two of the most notable figures at the vanguard of a recent revival of drone and ambient music, theirs is a music not humbly intended to serve as start-up jingles for computers, or as inoffensive dread in documentaries (though, Lopatin has expressed an interest in working in film) but one intended to reach out and genuinely enthral, unnerve and maybe actually take you places. The covers of their two latest solo albums say it all. Hecker’s features a piano lurching precipitously off the edge of a building, while Lopatin’s returns the viewer’s gaze with a comic-book gag on mortality: a mirror pointed at “us”, showing the reflection of a skeleton.

Perhaps stemming from that shared sense of dark humour and playful confrontation, Instrumental Tourist is the rarest of things: a collaborative side project that sounds exactly as you’d expect it, but that is all the richer for it. For the most part its tracks are defined by a slow, seamless transition between the plastic-y sheen that defines Lopatin’s trademark sound and the iridescent sunlight fizz that marks Hecker’s. On ‘Uptown Psychedelia’ synaptic zaps shoot between digital filigree over the steady, anarchic stabs of badly-tuned-radio static blasts. ‘Intrusions’ offers a kind of colossal listlessness, unloading blurts of fuzz on top of a wicked, seismic crunch that gives way as the song progresses but continues to smear the clear-eyed, kaleidoscopic drift in its second half. The result isn’t quite some inscrutable alchemy, but the pair are a neat fit, and there’s little of the familiar side project disappointment of “they could’ve been working on their proper stuff…”. Hecker’s sense of decay complements Lopatin’s obsession with the flawless and the alien perfectly; it’s a surprise they didn’t get together sooner.

I last visited youarelistening.to in the hours before Hurricane Sandy made landfall somewhere south of New York. Alongside the fragmented snapshots provided by twitter, the crackle of NYPD radio and the ambient swell seemed like a fair way of getting a feel of the city, as presumptuous as that sounds coming from someone who’s never been or lived there. Instrumental Tourist pulls off a similar trick; more than useful, anaesthetic sound, its sketches are intensely contemplative, haunting, lived-in and strange. Like threading together vague radio communiques about “10-51″s and cryptic tweets into some grand, slowly unfolding tragedy as a natural disaster draws nearer civilisation, there’s a richness to the record – typical of both of their separate work – that demands you bring something of your own experience or imagination to the table. Instrumental Tourist might not be the best primer for either artist’s work – you’ll have to get that pure from their respective source – but it’s comparatively unique and charming as an ambient album not content with being meek and mild. Instead it wants you to dream up gutted cities, scorched landscapes and first encounters – if that’s where your mind wants to go.