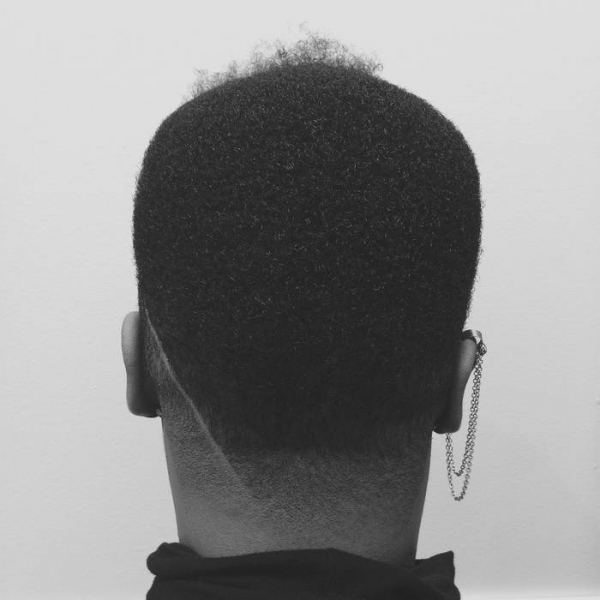 ​​Five years ago, TiKA was going through personal turmoil and needed to purge her soul. The Canadian singer-songwriter, and former music promoter, was newly out as queer and dealing with familial discord, as well as being unemployed for a period of time.

Desperate to exorcise these traumas, she spent six months recording with her friend and producer Casey MQ. The result of this purging is Anywhere But Here, a five-year-in-the-making debut that sounds futuristic; transforming the darkest parts of life into soothing ease, gentle words, and club bangers.

For an album created in anguish, Anywhere But Here often sounds like an ode to love and the emotions it evokes. No better does the album’s ethos come through than in its opener, “Soothing Love”. In a tower of dulcet synth-pop, TiKA sings with soft brazenness, not shy in her want of pleasure and satisfaction. “Can we make this magic last forever?” she implores of a lover, invoking not only a desire for physical affection, but emotional and spiritual as well: “hand to hand, heart to heart / mouth to mouth, mind to mind.” TiKA’s needs go further in “Human Heart,” whispering with a kind of urgency that she will never be perfect in a relationship. “This is my human heart / with all of my human flaws,” she presents, almost inviting us to examine our own inner faults and imperfections. This theme exists similarly in the shimmering previously released “Sideways,” about the shame one exhibits from messing up a relationship. Even as TiKA feels embarrassment towards herself, there remains hope that she can still find love through music: “Rhythm hold me,” she softly pleads, wanting the echoing sounds of saxophone and acoustic guitar to ground her even in her shakiest moments.

In other parts of the record, TiKA seems to take her exploration of love and turmoil to the outer reaches of humanity - and beyond. In tracks like “Interstellar Vibes” and “Bless Me Down,” her soft, gentle voice takes a backseat to clever, enticing production. A grooving club beat backs echoing synths and scattered moaning gasps in the former track, bringing to mind a spacey new-age sexual encounter, yet in the otherworldly haze, TiKA is still aware of her autonomy: “Don’t you take my youth away!” a chant comes breaking up the chorus. In “Bless Me Down,” she continues to capitalize on the excitements that physical love can bring; interrupted occasioanlly by quirky, random sounds (a cash register chiming, or a dog barking). But in the irregularities, TiKA’s desires are still clear. “Lord have mercy,” she mutters in a fast spoken-word bridge, “on all the sinful ways I’m gonna bless you down.”

The focus on love and pleasure, sensually wrapped around an '80s neo-soul background, brings to mind the effervescent, sensual sounds of Prince, who was a key influence on TiKA’s desire to move forward with her music career. Yet while his confidence and sexual prowess is an influence on some of the songs of Anywhere But Here, TiKA's one Prince cover, “I Would Die 4 U,” is a complete rework of the upbeat original. Taking a cue from the spiritual message of the original song — which is written from the perspective of the Christian holy trinity — TiKA’s version is a slow but measured ballad that deftly moves across different sonic spaces with vitality.

While a marked departure from the record’s sanguine first half, “I Would Die 4 U” and its subsequent tracks move the album into a powerful, divine ending, almost as if TiKA has recognized the power that comes from an expunging of the soul. On the albums’ penultimate track, “I Prayed,” a strong reverbing drum beat underlies oscillating synth melodies that seem to reveal an answer to the prayer she is seeking, letting her voice dissipate up into angelic layers of heavenly sound. It’s in the album’s closer, however, where TiKA is able to merge her love of the physical and spiritual.

The eight minute “Unless Ur Mine” travels through space and time, dashing from drifting, vocal heavy choruses to sparse grooves and EDM, even transitioning to a celestial saxophone solo. “The days won’t shine until I’m yours again,” TiKA wails over the slowly fading sax. Her voice sounds different here, more forward and unabashed than the softness of the album’s opener. Her heart is raw and bare; having let out what didn’t serve her, she is ready to receive new love and rebuild again.

Five years after TiKA went through her purging, we’re in the midst of our own personal and national turmoil. Anywhere But Here seems to have arrived at the perfect moment, a guide to how we can release our own pain, and welcome in a little soothing love of our own.