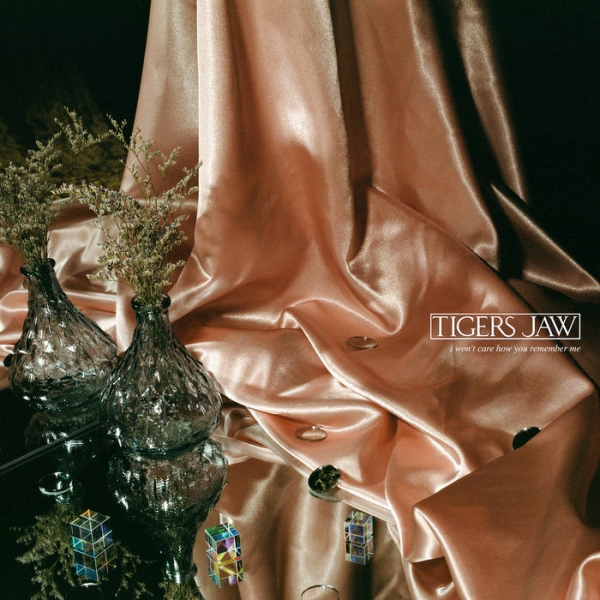 With 2017’s Spin, Pennsylvania’s Tigers Jaw succeeded in creating a record that elevated them well beyond the realms of pop-punk and emo revival that they had previously moved in. While this was a shift which began in 2014 with Charmer, the lush layers of instrumentation and polished production of Spin were a welcome and noticeable change.

It’s interesting then that on I Won’t Care How You Remember Me, the band’s fifth full length, the overt production of its predecessor has been scaled back in favour of encapsulating a sense of liveness across the course of the record. It’s a bold move. One that in lesser hands might have felt like a regression, but here it allows focus to fall on Tiger’s Jaw trademark emotionally affecting lyricism.

­­Where previous record’s have seen song writing duties fall solely on Ben Walsh and Brianna Collins, I Won’t Care How You Remember Me marks the first true collaborative Tigers Jaw album. The result is a record that feels more emotionally nuanced than anything that’s come before it, and as such feels richer, and lusher than Spin, despite harbouring thinner production qualities.

Indeed, it’s this emotional nuance that makes I Won’t Care the record that it is. The titular track kicks off proceedings subtly, and though its acoustic delivery might lack the punch of other tracks on offer, it perfectly reflects the essence of the album in its quiet defiance and hopeful optimism.

It’s a sentiment echoed time and again over the record’s run time, with tracks such as "Can’t Wait Forever", "Commit" and "Never Wanted To" all relishing in the same brand of defiant confidence. There’s no bitterness at play however. Instead, I Won’t Care is the sound of a band mature enough to understand when a relationship isn’t working, romantic or otherwise, and cut their losses without acrimony.

Arguably the record’s highlight comes in its final moments, closing track "Anniversary". Three and a half minutes of glorious, soaring emo backboned by a loping bottom end, it harks back to the early days of Tigers Jaw, yet feels more like bands such as Hey Mercedes or The Promise Ring. In that, it succeeds in being not just a hugely nostalgic end to the album, but a hugely cathartic one also. And once the closing notes of Walsh’s “We all fall apart in the same way” ring out, it’s impossible not to feel uplifted.