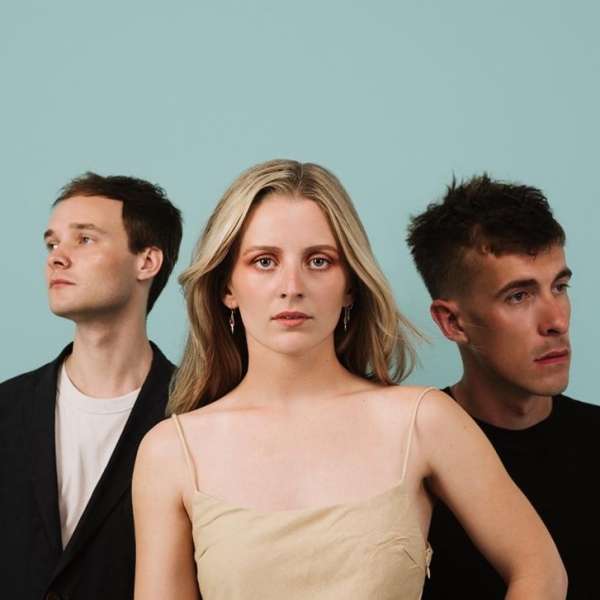 Surfacing from a local music scene responsible for some of the most promising acts of the last half-decade, Brighton-based trio Thyla claim their own niche in contouring climactic alt-rock with flashes of nostalgia-soaked synth-pop.

Millie Duthie, alongside bassist Dan Hole and drummer Danny Southwell, deliver soaring stadium-scaled numbers that fluctuate between the dream-pop-skewed and adrenaline-pumping, a model that found strength on debut EP Everything at Once, with former guitarist Mitch Duce. Continuing to evoke the misty ‘80s post-punk that graced early singles such as “Ferris Wheels” and “Pristine Dream”, Thyla seem set to push forward with a staying power that finesses rather than modifies a sound that has propelled them so far.

Combining the under-the-radar new wave of acts such as The Passions with riotous ‘90s candour, the three-piece deliver a volatility that fuses a radio-friendly touch with cerebral tangents. Their eponymous first full-length album stands as a dependable example of such, deploying a riotous yet melodic chemistry that has proved a staple of their direction of travel to date, rivalling the angst-riven shimmer of early Pale Waves at times via the sugar-coated pop of “Breathe” and the tessellating charisma of Chvrches-esque “Flush”. Indie-rock cues skim through “Kin”, while “Echo For Ingrid” skews between neo-psychedelia and an offbeat backbone reminiscent of Tears For Fears’ mid-80s heyday. The math-rock intonations of “Dandelion”, echoing Antidotes-era Foals, lends further credit to the band’s pliable smarts while retaining a consistent character at their foundation.

Thyla master this tightrope act between dappled pastel shades and soaring, riff-laden climaxes that finds heart in a steely execution and malleability of tone; at its epicentre, the tidal flowing surge of “Rabbit Hole”, capping the eleven tracks, gazing through the looking-glass in an act of discovery and knowledge. As a debut album, Thyla’s self-titled affair finds them laying their cards on the table, philosophical splashes peer through but ultimately draws a sense of rigidity and purpose from its electro-pop sheened fidelity.