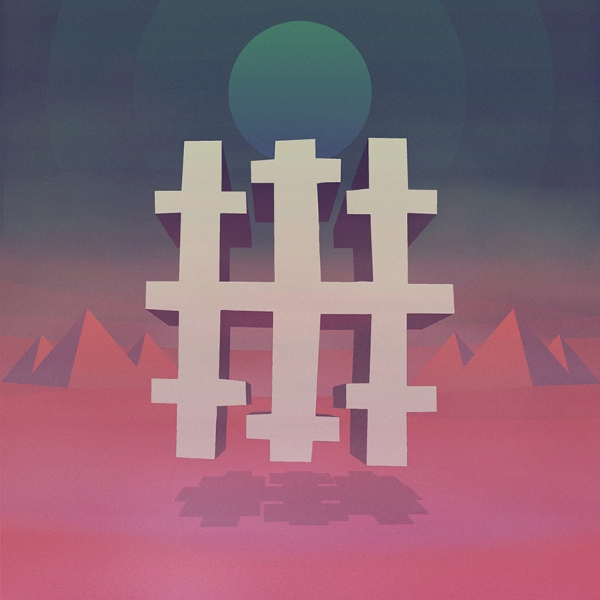 If there’s anything that Three Trapped Tigers aren’t, it’s silent. Crashing onto the scene almost eight years ago with their numbered EPs and the 2011 debut Route One or Die, the classically trained trio put a classy yet chaotic spin on the slippery ‘noise-rock’ tag, and the result far transcends the terrestrial.

Silent Earthling, the band’s second full-length, is a bit of a misnomer then, and has prompted none other than Brian Eno to described the trio as “cutting edge”. The band worked with Eno and the Underground’s Karl Hyde, adopting Eno’s “Oblique Strategies” to take them out of their comfort zone. First of all, if the ferocity and dynamism of the first record is to be considered a “comfort zone”, then we’re all fucked. Nonetheless, it’s noticeable upon first listen that they have tried to find new pastures through their same, epic scope.

Its title track and album opener is ferocious and glitchy, and announces through its Herculean production that the band still conduct their operations on an extraordinary scale. Thus as a whole their music remains what keyboardist Tom Rogerson calls their ‘unholy jumble’ of influences. There’s a more futuristic edge here, though; “Strebek” sounds like it should score some sort of cosmic battle, and things take a dark and industrial turn in “Hemisphere”. Indeed, there is a darkness that is revisited several times throughout the record. The ending of “Tekkers”, which the band dropped yesterday, sounds a bit like what the feeling of getting lost in Berghain at seven in the morning would feel like.

Silent Earthling is clearly an experiment in how to expand on a sound that is already protean and expansive by nature. It’s a difficult job, and that’s clear from listening to the record, but such is the breathtaking nature of Three Trapped Tigers that it is highly doubtful many will mind.