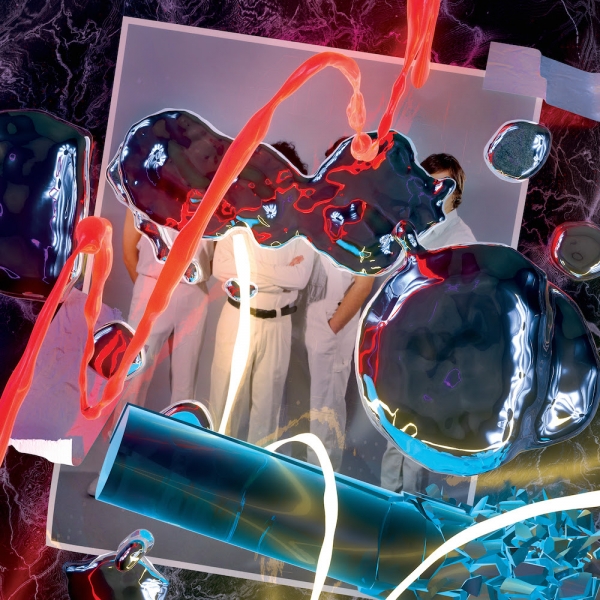 Barcelona based psychedelic quartet The Zephyr Bones have returned with a stunning second record Neon Body.

With members coming from various backgrounds ranging from Spain and Chile, the band’s collective creative freedom shines through on Neon Body - a record that brings renewed intensity to the established beach wave sound they helped pioneer back in 2017 alongside acts such as Black Flamingo and Le Choban. The eclectic range of influences and sounds result in a beautifully established and concrete body of work.

With influences such as psychedelic rock and '80s new wave driving the record, it creates a sound like no other. The high intensity tempos and welding washes of synth with zipping riffs conjure a sound that echoes a utopian world in the far future. Think Blade Runner sound tracked by intense yet ravishing synths.

Opening track "So High" is a blistering and fast-paced first track, delivering more of what the first album suggested before "Verneda Lights" helps guide you through the world sculpted by the quartet. Lead single "No One" is an excellent entry into the universe created in Neon Body. Addictive with its tight hooks and fervent percussion, it sets a tempo for the rest of the album that flows with a thumping bassline and delicate washes of guitar and synth that blends into a dreamlike futuristic sound.

The universe surrounding Neon Body represents a place where time isn’t linear. Whilst it could comfortably soundtrack a utopian future, it also contains ghosts of the past with its intense synths reflecting the new wave sounds of the 1980s. At the same time, Neon Body is ever present and gravitates around spangled psych-rock reminiscent of the radiant, sun kissed environments that surround The Zephyr Bones’ beach wave scene they helped establish.

Neon Body sets an example of a timeless and established body of work that reflects the past, present and future. This could be Scrooge’s favourite record! The advanced sonic beauty that was bred from creative freedom merged with thematic ideas centred around love, self-affirmation, loss, and hope creates a doorway into The Zephyr Bones’ own universe. Through that doorway, you’ll find a joyous and extremely fun ride.