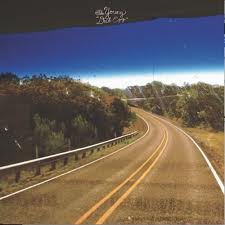 Some records just sneak up on you. I was unconvinced the first time I shoved The Young’s second LP in my ears. Sure, it felt nice enough, but kinda inconsequential. Guess sometimes it’s worth living with these things a while longer because several months on, this is the warmest, toe-tappin’-est, funnest forty minutes I’ve spent with retro indie rock in some time.

From the gleefully-disjointed stomp of ‘Don’t Hustle For Love’ to ‘No Way Out’’s rolling country fumble, they wrap up the familiar strains of classic rock in an overcoat of fuzz. Vocals are kept low in the mix, making them a melodic accompaniment to the endless riffology rather than the main focus, and as a result everything feels beautifully textured yet occasionally distant. Strangely, that distance makes everything feel more human – lost and isolated rather than cold and dismissive. It makes it rather difficult to sing along to the lyrics, but what the hell; this ain’t music to run your larynx ragged to. Dub Egg is for nodding your head, grinning like a buffoon and generally keepin’ on chooglin’. An underrated pastime.

Before we go any further, it’s worth mentioning that the spectre of Neil Young hangs over this album like dust over the Sahara (and that’s no surprise, given the band’s moniker). ‘Livin’ Free’s brash opening chords could have been lifted straight off Everybody Knows This Is Nowhere, and even if Hans Zimmerman’s voice isn’t quite blessed with Shakey’s reedy fragility, it’s still sweet enough to drive the point home. As a minor criticism, it doesn’t quite follow into the epic guitar territory of other Young soundalikes – yer J Mascises, yer Dough Martschs – and if anything, that’s one thing this album could do with more of. Just a little more letting go on the psych-rock side of things could transport this from a solid guitar record to a mindbending journey into space, but evidently that’s not the point. The point is the cold, hard fact of the RIFF, and all the casual exhilaration that can bring.

Look, The Young probably won’t end up being your favourite band of all time; let’s throw out any weighty hyperbolic trash right now. You’ll almost certainly hear better records than Dub Egg in 2012. But there’s a gently persuasive power to these ten slabs of swampy lo-fi, and once it sucks you in, you’ll find yourself coming back to it again and again and again. It’s at its best when catching you unawares.