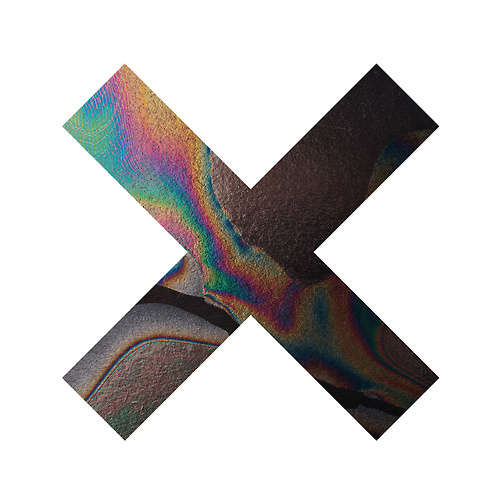 They never suggested it was on the cards, but part of me really wanted The XX to split up after the Mercury Prize-winning success of their self titled debut album. A record so singular, so sonically distinctive and so beloved by the masses it was that I suspected anything that was to follow it – be that a radical departure, or more of the same – was bound to be deemed a disappointment by way of comparison. What better way of cementing their debut’s place as a true classic than by never making a follow up?

But to their credit, The xx are braver than that. What they’ve returned with, three years later, is an album that neither sullies their legend, nor does that much to substantially add to it. What was most interesting about the first xx album was how much it seemed to subtract from standard indie rock, presenting a minimal structure as something that was equally as valid, and arguably more beautiful, than anything their contemporaries with guitars were brave enough to present. With Coexist, they’ve subtracted even further, with the thing missing being their previously displayed knack for melodies that get under the skin, the focus now being more on the production skills of a man previously known as Jamie Smith, now to be addressed only as Jamie xx, as if he were some sort of mid nineties indie celebrity à la “Richey Manic“.

The basest summation of Coexist is that it’s an xx album on which the songwriting isn’t as good, but the production is better. If you focus on the latter, you can get pleasantly lost amidst Jamie’s expert handling of ambient textures and bare bones beats. He shines here in a way his bandmates never quite manage, leading proceedings in a way he previously hadn’t – his now-signature steel drums on the wonderful ‘Reunion’ presenting the one instance in which this album noticeably differs sonically from that which came before it.

It is however clear that the songwriting partnership of Oliver Sim and Romy Madely Croft aren’t just phoning this stuff in – the juxtaposition of ‘Reunion’’s ending on the line “Did I see you/See me/Not ever again?” with its subsequent sibling song ‘Sunset’ following up with an opening line of “I saw you again” suggest that they’re thinking about this as a proper body of work, one born out of significant soul searching and with an awareness of narrative development and coherent themes. But their explorations of the minutiae of romantic relationships don’t display the insight we know they’re capable of from their previous work – they seem to be dealing with far more simple, clichéd aspects, like people who miss other people (on a song called ‘Missing’) and people who used to be in love, but, hey, now they’re not (‘Sunset’). Lines like “I always thought it was a shame that we had to play these games/It felt like you really knew me, now it’s like you see through me…” – (from ‘Sunset’) have me reminiscing about a time when they dealt with love in more subtle, intriguing ways than the predictable rhyming couplets they’ve now been reduced to.

Being aware that thus far this all seems a bit down on a group who are still a fine, fine band, let’s focus on Coexist’s highlights for a moment. After all, you can only really get away with writing more of the same if that one thing you do is something nobody else does. The xx were lucky enough to hit on a formula distinctive enough that only tweaking it ever so slightly still makes for a record that deserves to exist. There might be few stand out moments, but isn’t searching for them missing the point? Imagine an xx song that “stood out”? I know they sing about sex a lot, but even so, to have a record that had “stand out” moments… wouldn’t that be a bit, well, vulgar? As such, there aren’t highlights here, just bits where the lighting is a little less dim.

They go by the names of the aforementioned ‘Missing’, whose lyrics detailing how “my heart is beating in a different way” lend weight to my theory that it’s like experiencing a rave at half speed (note: I’ve never been to a rave), ‘Fiction’ – the one moment on which Oliver Sim sounds genuinely impassioned – and especially the delicately placed hand claps and excellent guitar/bass interplay of ‘Swept Away’, which provides the end of the record with a very welcome lift.

Yet still I long for a scream, a build, a drop off which I know I’m not going to get. The xx are clearly folks who’ve had the odd existential worry in their life, but this doesn’t come out in howls, just mumbles. Though emotion abounds, the listener is made to do a lot of work to figure out what exactly they’re meant to feel. I’m not asking for bravado here, nor craving posturing or false sentiment. Perhaps I just wanted a little bit more of their character to be developed. Coexist however doesn’t gift us that – it consolidates our idea of who The xx are, but adds little else of its own.