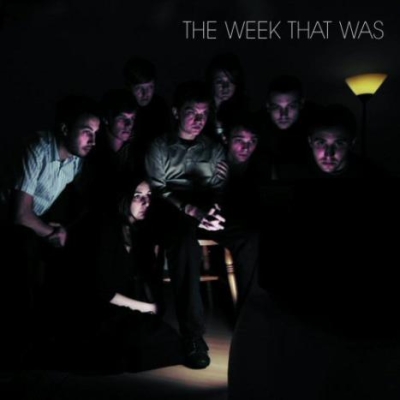 The Week That Was is the first solo project from Peter Brewis, the chap that brought us Field Music. A 32 minute epic, aiming to explore the impact the media has upon us as individuals and is said the be a composition of snap shots from stories inspired by novelist Paul Auster, which ultimately creates a puzzle said to fall into place upon listening. Written in just one week the inspiration rests both on Auster’s rapid imagination and also upon a specific incident involving Brewis discarding his TV, which subsequently probes him to question society’s reliance upon the media, and it’s many forms. What would happen if this form of media pacification were eradicated? Sounds slightly ominous methinks.

Opening with the ultimate 80s drum beat is Learn to Learn which, follows on in the same 80s pop noir vein with Gabriel-esque vocals and some disjointed melodies. Despite this all being accompanied by a panging guitar riff and ending with a dramatically abrupt finish it leaves the listener feeling pretty unfulfilled. Sadly this is the case with the majority of the album.

From the synths to drum machines, all of these 80s through-back sounds seem to have been harnessed far better by younger are more “inexperienced” acts like The Mystery Jets and Black Kids. There are elements of splendour though, ‘It’s All Gone Quiet’ has the soothing decadence of Kate Bush, and many of the tracks stray far from the usual indie surroundings which is something to be upheld in itself. Whilst ‘The Good Life’ plies you with images of being beaten to a pulp by advertising with its incessant messages.

When compared with Brewis’s other projects such as Field Music, The Week That Was feels like a pretty muddled and unfinished attempt at a concept album with tired homage’s to 80s greats.
52%

The Week That Was on Myspace