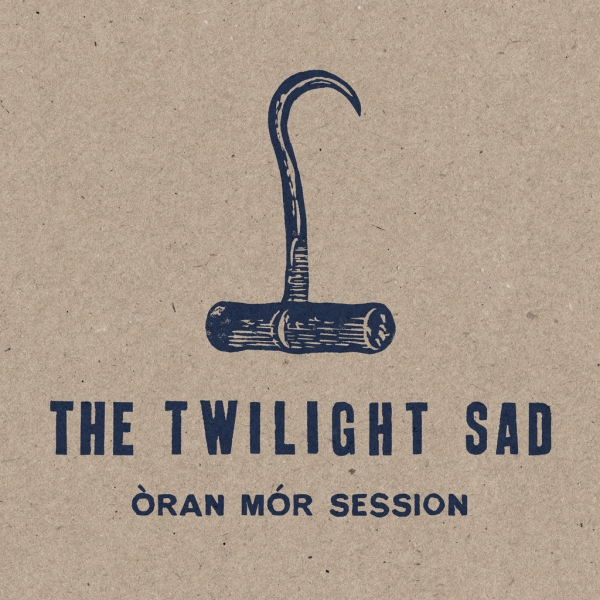 Nobody Wants To Be Here and Nobody Wants To Leave was a subtle but significant step forward for The Twilight Sad last year. This expanded version of their previously tour-only EP, recorded in Glasgow’s Òran Mór auditorium, strips back the skin to show the bones of the trio’s rejuvenation.

Discussing in interviews how Nobody Wants To Be Here and Nobody Wants To Leave came together, the 'Sad made it sound as if they were nearly ready to call it a day before ultimately regrouping and seeing the album through. They followed its critically well-received release with incantatory club shows this past winter, and now they have been announced as The Cure’s opening act for multiple nights in 2016 at considerably larger venues such as New York City’s Madison Square Garden and the Hollywood Bowl in LA. Hopefully now they at least feel that sticking out those rough patches was worth it.

For a group that built their early reputation by pairing bare emotional vulnerability with ear-gouging volume to achieve catharsis, the prospect of a stripped down session might seem antithetical to The Twilight Sad’s raison d’etre. Singer James Graham and guitarist Andy MacFarlane have in fact wandered into ‘unplugged’ territory on record before, on the back half of their 2008 compilation, The Twilight Sad Killed My Parents and Hit the Road. There, however, the only original amongst wistful covers of The Smiths’ “Half a Person” and the Yeah Yeah Yeah’s “Modern Romance” was an early version of “That Room” (then called “Untitled #27”) from Forget the Night Ahead.

There was plenty of angst and decibels to go around on Nobody Wants To Be Here and Nobody Wants To Leave as well, but the songs were less reliant on those two factors to carry the day. The tone of Òran Mór Session is reminiscent of that not-so-long-ago time when acoustic breaks in live shows were practically obligatory – think of Noel’s solo turn in the spotlight 2/3 of the way through any mid-‘90s Oasis gig, or Richard Ashcroft doing much the same on The Verve’s Urban Hymns tour. Surely in part driven by the MTV Unplugged phenomena of the era, the trend was also a way for artists to show there were genuine quality tunes underneath the distortion and studio tricks. That is precisely what Òran Mór Session accomplishes.

The bulk of Nobody Wants To Be Here and Nobody Wants To Leave is accounted for here, along with “The Airport” (an A-side-worthy B-side taken from the Nobody sessions) and a tender take on Arthur Russell’s “I Couldn’t Say It To Your Face”. Fans who purchased a ticket for that last tour will likely be familiar with the Russell cover as well as this version of “Last January”, both of which came as free downloads when ordering directly from the band’s website. Aside from being the lone cover this time around, “I Couldn’t Say It To Your Face” also stands out for being played on organ instead of guitar.

“The Airport” and “Leaving the House” add piano to the partnership of Graham’s voice and MacFarlane’s guitar playing (he switches from a clean and quiet electric on tracks one to five, to an acoustic on six to eight), and the color it brings to both makes one wonder what it might have sounded like had it been included on the other songs as well. On the other hand, it’s a small revelation to discover how whole and affecting songs like “I Could Give You All That You Don’t Want” and “Drown So I Can Watch” can be with a few circulating quietly strummed chords and Graham’s austere and ecstatic declamations.