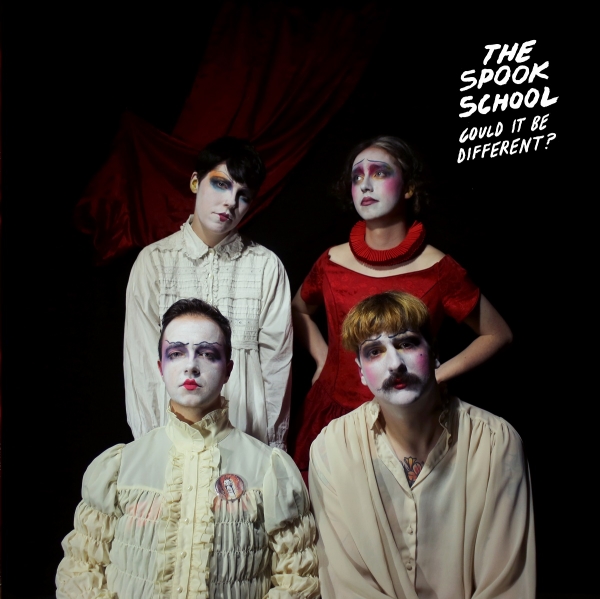 ​The Spook School’s third LP, Could It Be Different?, cements the Glaswegian quartet’s place as indie weavy-weights, in it for the long-haul.

2015’s Try to be Hopeful broadcast a message of liberation. With tracks like “Burn Masculinity”, the group created space for a fiercely fluid and proudly queer post-punk, the kind of politically engaged indie we’d all been waiting for. Could It Be Different? carries on exactly where they left off.

In their songwriting, The Spook School have always merged transformational politics with an anthemic quality, and the LP's opener is no exception: "Still Alive" narrates the experience of coming through an abusive relationship with spitting rage and a sing-along chorus: "Fuck you, I'm still alive!".

Vitriol aside, the album's also about the passage of time. "Keep in Touch" coasts along on whistful vocals and reflects on the changing nature of intimcay: "we still keep in touch but, you don't call my name". The bittersweet retrospective continues with "I Hope She Loves You". Over its rock'n'roll-inspired verses, Nye Todd sings, "I heard that you're engaged now" ... but as the guitars come crashing, it's clear that all is not forgiven: "I hope she loves you, like I didn't do".

In "I Only Dance When I Want To", Anna Cory's vocals and some descinctly Marr-esque guitars accompany some sly Smiths references —"going out tonight, didn't have a sitch to wear" — to create The Spook School's very own ode to the indie-disco. But it's a song that tells us refusing to be pressured into dancing is ok, and one that tells us about the joys of saying "No".

With Could It Be Different? The Spook School are telling us that, yes, perhaps indie doesn't have to be like this after all.