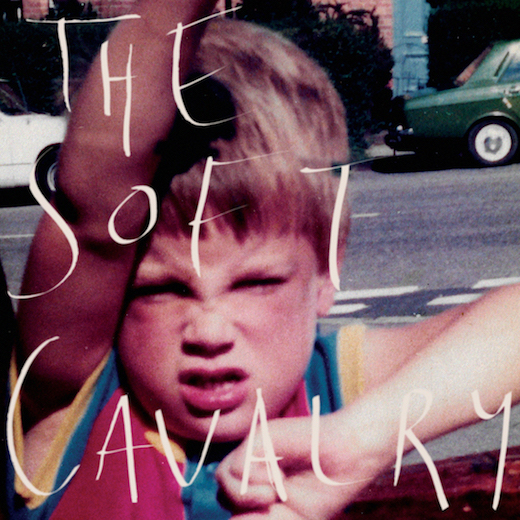 Stepping into an earned central role, musician Steve Clarke dives into the tension and traction of adulthood with the multi-faceted The Soft Cavalry.

Having played in bands since the late 1990s, Clarke is not a newcomer, but there hasn’t been much about the various endeavors he has been a part of - Dum Dums, Rogue States, Ricky-Gervais-as-David-Brent’s Foregone Conclusion, all well and good in their own right - that has foreshadowed the kind of album he’s come up with here. The Soft Cavalry is one of those records fueled by filed-away aspirations and ideas that have finally been called up. Rachel Goswell of Slowdive, Clarke’s partner in The Soft Cavalry and in life, was crucial in instigating the project. Goswell accompanies or takes the lead on vocals throughout the album, and, as with her main band, side projects like Minor Victories, and guest spots such as her appearance on the recent American Football record, her voice brings grace and a welcome chill to the music it touches.

Helping Clarke flesh out this set of songs are drummer Stuart Wilkinson, guitarist Tom Livermore, and Midlake keyboardist Jesse Chandler, who recently joined Mercury Rev. The latter connection is symbolically interesting, at least, given how songs like “Careless Sun” and “Home” have a sound reminiscent of Chandler’s new group, and The Soft Cavalry has the full-vision flow of an album like Deserter’s Songs, wherein each track has a unique character and story to tell. If the writing process behind these songs was hesitant and searching, the production that has brought them to fruition, helmed by Clarke’s fellow musician brother Michael, is striking and confident.

The Soft Cavalry wrestles with heavier feelings and flirts with lighter ones, carving out moments of summery levity like “Never Be Without You” and stepping hesitantly through anxiety on “Spiders.” Its turns, from the sweeping stately rock of “The Velvet Fog” to the piano-and-flute tranquility of “Only In Dreams,” are not mood swings but well measured. The professionalism here, though, doesn’t get in the way of what’s heartfelt.