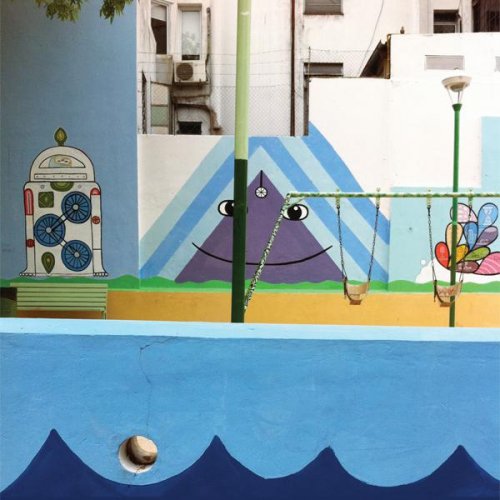 The drums suggest propulsion. Everything else says “settle down”.

On the first track of The Sea and Cake’s latest offering Runner (‘On and On’), sonic inertia is maintained by a beat that goes on and on, while the guitar speaks in Dinosaur Jr.-esque drawls, weaving in and out of sleepy vocals, sometimes in an indiscernable manner, especially when the chorus gently sweeps into focus.

It’s always been a cliche, older generations complaining about kids and their loud rock and roll music. What must they think of this? Surely it’s the perfect soundtrack to an early retirement. Not that this band would know anything about that.

The Sea and Cake’s first album came out in 1994; that’s 18 years ago. The youngest member of this band is 42 years old. Of course it is arguable whether or not that has a bearing on their music; all that time playing together (with just one three-year hiatus), though, also means all that time growing together, as musicians. And virtuosic craft is evident all over their intricate, nuanced quasi-jazz writing style: guitars are underplayed with intent, and complement one another in a way that serves the incredibly even-tempered atmosphere.

On Runner, their tenth album, we see a well-travelled band demonstrating their well-established tendencies, such as their propensity to fly just under the radar, residing in a comfortable niche, knowing exactly what they want. And in spite of an unwillingness to call attention to itself, the music, despite its reserved nature, is incredibly pithy, saying amazing things in a few, deliberately-chosen words. While the album may easily play as background music, it can also suddenly and effortlessly push itself into the foreground when atmospheric wails morph into these quiet, catchy, dance-grooves (such as they do in ‘The Invitations’).

What great unassuming chalice of calm restraint did these guys drink from, and why isn’t it made more widely available to irascible head-bangers? If it was, mosh pits would suddenly become hug-and-tickle-fests. Road rage would cease. Stress ball companies would go out of business. The DMV would become a hip hang-out venue (okay, maybe that’s an exaggeration, but you get it).

It’s hard to listen to a song like ‘Harbor Bridges’, with its syncopated acoustic-electric overlays, gentle harmonies, and modern folk sentimentality, and not be completely comforted knowing that music like this exists. And get this: all it needs are just a few guitars (and the kind of people that can manipulate them just so).

And those are the real stars here : the guitars, whether by muted riffs, e-bowed walls-of-sound, effervescent, babbled jangles, or of course the brilliantly-paired layers, that are the real rubber-necking, scene-stealer here. It just seems the members of Sea and Cake know better than to interlope, even though they may be the ones pulling all the strings.