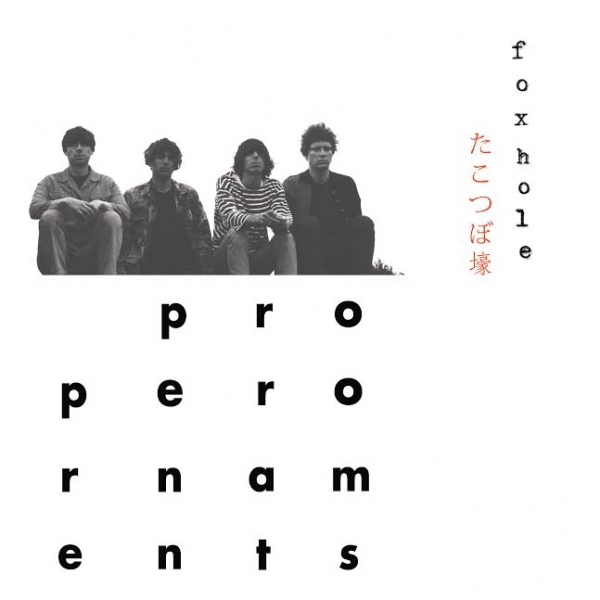 Eking out an existence within indie music has become something of a challenge this decade. What times are these?

I recently read an interview with a top 50 album charting musician, who was supplementing their income by working in a non-music related job, in-between tours. Whilst I quite like the idea of a rock star by night remaining grounded with a day job, it makes you wonder if music’s value is reflecting it’s worth. I wonder also, if this climate is responsible for band members diversifying musically. It seems much more common now to be members of multiple outfits and to become more prolific with your output. I wonder if we can count James Hoare - of Veronica Falls - and Max Oscarnold’s - of TOY - diversification as a result of this effect, as they come together again to make Foxhole.

The Proper Ornaments are ever looking back while trying to go forward. Limiting themselves to using an old eight track recorder on Foxhole has delivered a spacious. sparse sound. Whilst fashionable retroisms can often be a little misplaced, there is good craft in their approach, which buys the record enough good will. The tinny, effected vocals melt into the atmosphere on "1969". The casual composition of "When We Were Young" teases us, as the shortest track on the record is one of its most alluring. In fact, this is a steady record, with many nice turns. To mention only a couple of tracks is probably to do it a disservice, as it is really a full, start to finish listening experience. A record that works best as an understated whole, rather than a few peak moments.

When it's all done, you can hear that this is a good band, doing some good things but I wonder if with more focus or investment it might bear greater results. In fact, the same might be said of either one of TOY or Veronica Falls - it is not a lack of talent it seems, just a sign of the times.