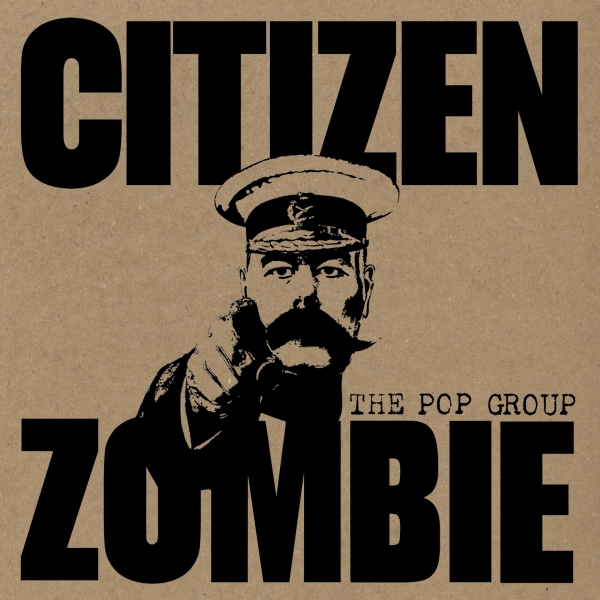 Who would have expected The Pop Group to be back, 35 years after they released their last new material? And who would have thought that this first EP in over a quarter of a century would also be produced by Paul Epworth – that’s right, the same guy who helped craft successes for Adele, Bloc Party and even Sir Macca himself? Although, considering how their cult status has been enshrined by artists like St. Vincent professing their love for them, perhaps it’s a little less surprising than you might anticipate.

The thing about cult status, though, is that you then kind of have to stay... well, “cult”. There's a certain degree of nostalgia and idealism surrounding The Pop Group; the anti-capitalist prophets of 1979, awash with the radical fervour of the time, denouncing the evils of grasping, bourgeois hedonism with their idiosyncratic mix of jazz-funk, post-punk and Nietzsche references. It's now 2015, and they're back with an album made in collaboration with a guy who makes records with Coldplay. The question on everyone's lips is: have they just gone and bloody ruined it all?

Miraculously, it doesn't seem like they have. Somehow, after decades of radio silence, The Pop Group still sound like themselves. Mark Stewart's lyrics are still as biting as ever and, despite dramatic differences in production values, their old spirit is still there.

“Immaculate Deception” opens with a muffled soundbite: “É la fine di ogni certezza' (It's the end of every certainty). That's a pretty accurate description of the whole album. Title track “Citizen Zombie” is designed to take you aback. It has the epic proportions of a Leftfield soundscape with Stewart's raucous vocals quoting Simon and Garfunkel's “The Sound of Silence” over layers of feedback and screeching guitar. It's all about the theatrics. “Shadow Child” shares its name with a UK Housemaster and references INXS' “Elegantly Wasted”. The whole album is a collage of the unexpected. There is no certainty.

On the other hand, its also clear that this LP has been carefully crafted to create a sense of equilibrium. The hazy, glowing euphoria of “Nowhere Girl” complements the Diamond Dog's-eque “S.O.P.H.I.A.”, which gives us a taste of the kind of riotous funk-fusion that characterised early singles, like “Where There's A Will”. “Mad Truth”, the album's lead single, is an injection of the radio-friendly, which offsets the vehemently political, three minute spoken word interlude that is “Nations”, that asks: “which brand of truth is yours?”. “St Outrageous” is a piece of pure-post punk frenzy, balanced by the delicate dissonance of “Echelon”, which brings the album to a close.

Citizen Zombie is not an hour of sheer frenetic energy and political diatribes – and, for some, this might prove to be disappointing – but, in reality, The Pop Group have always been more complicated than that. They have always effortlessly switched registers, blurred genre boundaries and smattered their lyrics with eclectic cultural references. Citizen Zombie does all of these things, without loosing its political edge. And that's pretty remarkable so many years down the line.