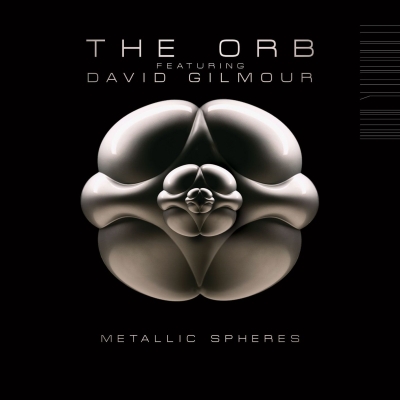 We should know by now that when it comes to music, supergroups are rarely a good idea. Its musical maths – the idea x artist + y artist is never the sum of its parts, should be known by now. Such sums generally instead represent a reduction, something less than each artist does by themselves. So it’s with a heavy heart I have to tell you that the combination of The Orb and Pink Floyd’s David Gilmour, two artists that across the generations would appear to have a lot to learn and give to each other’s sound are on this recording, eminently forgettable.

In its favour, it’s a low key record – it comes across as simple side project not designed to create ground breaking art or electronic anthems. There are two tracks, quite long, quite soundtracky and fairly abstract. However if you’re hoping still for some updating of Manuel Gottsching or even Pete Namlook, then even with these low expectations it just doesn’t gel.

Ultimately it seems split between two sounds – it lacks a good groove that you’d find with some of Alex Paterson’s later stuff and Dave Gilmour’s guitar, while pleasant, feels phoned in. It could’ve been the icing on the cake – some cosmic guitar jamming gently enhancing the electronic rhythmns – as with the aforementioned Ash Ra Tempel. But instead it feels unnecessary and the electronic undercarriage doesn’t carry the music by itself.

This is the main weak point – the structure’s not there – there’s no peak, no matter how mellow but merely drifts in an inconsequential meandering fashion, that ultimately bored me. It’s a real shame – perhaps if this had happened when The Orb’s Floyd fixation was at its peak in the early 90s perhaps things could’ve been different. But ultimately I think this is a classic case of be careful what you wish for.

Before finishing, I have to confess I’ve never liked a Pink Floyd album post-Wish You Were Here, but even allowing for this, it’s not so much that either artist’s contribution destroys the work, more that it never really forms in the first place. File under for completists only.