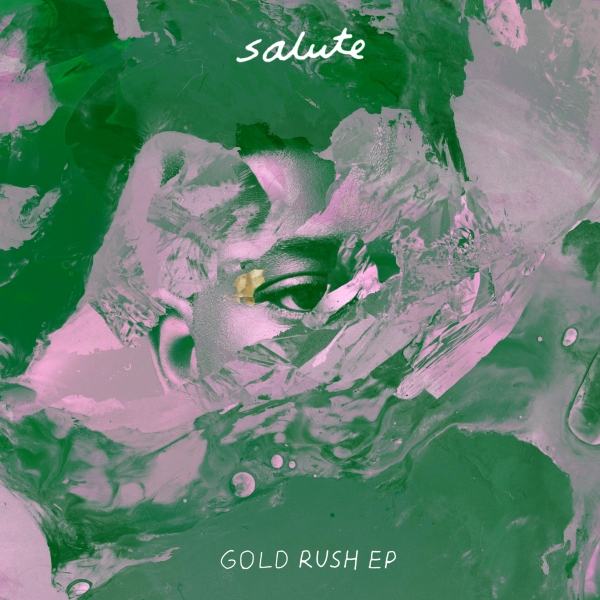 From grime, to R&B, to the vast spectrum of electronic music, Gold Rush showcases a plethora of influences from the 19-year-old Viennese-via-Brighton producer.

The EP’s three most successful tracks - “Tank”, “Colourblind” and “Vice” - emphasise salute’s ability to glide seamlessly between sonic landscapes. Opener “Tank” juxtaposes synthetic, combative horns against soft piano chords and a light-hearted Navi “hey” from Zelda: Ocarina of Time. This melting pot of sonics is cocksurely brought together with swaggering grime beats. Although one cannot help think that “Tank” would benefit from that killer vocal, it broods with an arresting deftness and command.

Unlike the aforementioned “Tank”, “Colourblind” features an excellent, dream-like vocal from Awful Records’ Abra. Her velvet vocal weaves between salute’s dazzling pads and persistent claps before stupefying with a breathless falsetto as she sings, “Do you wanna go get high with me?” “Vice”, furthermore, with its growling bass arpeggio, is reminiscent of the work of Cliff Martinez, and makes for a satisfying, neon-drenched closer.

With its array of influences proudly on show, Gold Rush, on the whole, successfully navigates away from dull pastiche. Whilst, “Diamond (Gold Rush)” - with its fizzy, hyperactive synthesisers and chainsaw hi-hats - may lean just a tad too heavily upon its influences (Hudson Mohawke, Rustie et al.), it cannot detract from the future-leaning opulence salute has generally created.

Gold Rush EP luxuriates in a plenitude of crisp beats, maximal synthesisers and textures that add lustre. It is an EP full of youthful exuberance, but importantly is also brimming with promise. With its fluid movement between sounds, salute could well become a poster-boy for a hyperactive, shuffle generation.