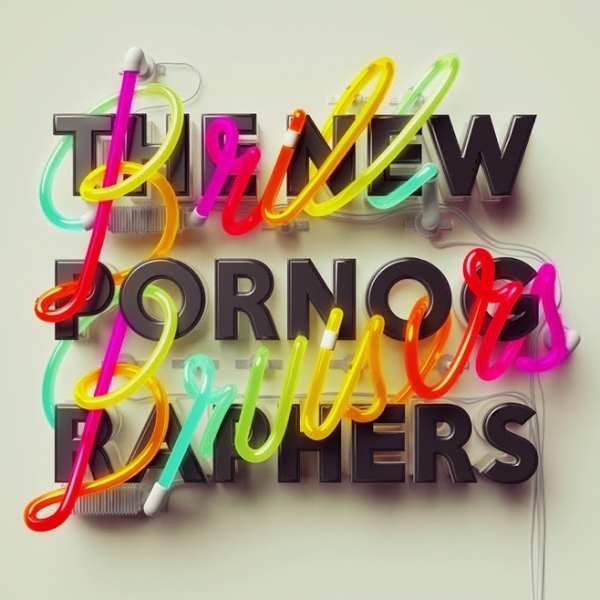 For me, at least, The New Pornographers continue to stand out as one of the oddities of indie rock’s recent history; like their compatriots Broken Social Scene, the Canadian group is comprised of members who remain engaged in other projects at the same time, with a core songwriting duo putting songs aside for the Pornographers and only deciding later who should play what on each one. It’s almost like an inversion of the classic concept of the supergroup, but it’s certainly proved an effective one thus far; the band’s five full-lengths to date have been consistent in their excellence, and the relative sparsity of their releases - this album is their first in four years - making each new record feel like a real treat.

Brill Bruisers has been described as celebratory by frontman Carl Newman; it’s not that their last album, Together, was especially downbeat, but it was certainly reserved in places, and that’s something that’s been eschewed this time around; this is a consistently boisterous record. The positivity of the album is evident partly just in the way it sounds; Newman and fellow songwriter Dan Bejar have played with a light, airy palette, making Brill Bruisers a record that instrumentally sounds very open - it has its eyes fixed on the sky, as it were, rather than its feet. The title track, in opening proceedings, is a fine example; the percussion is bouncy, but lightly delivered, allowing a sing-song backing vocal line to back up a genuinely triumphant turn from Newman.

It’s actually Newman who’s written the lion’s share of this record, and it shows; “Champions of Red Wine”, lyrically playful, is driven by twinkling synths and a smooth vocal turn from Kathryn Calder, whilst she and Newman combine to stirring effect on the spaced-out “Backstairs”, which veers between straightforward, guitar-driven passages and hazy, electronic digressions - it’s an experimentation that shouldn’t work, but comes off smartly in Newman’s hands. Generally speaking, he’s pitched the delicate balance between meshing guitars and synths intelligently; on “Dancehall Domine”, for instance, there’s all the hallmarks of the classic Pornographers sound - stacked harmonies, steady builds in the guitars from verse to chorus - but they’ve been reinterpreted in a way that allows for the genuine buzzsaw of the track’s riffs to make room for some wavering keyboard backing throughout.

There’s some mis-steps, too, as always seems inevitable when you’re working as experimentally, with as diffuse a lineup of musicians, as The New Pornographers do; the inclusion of “Spidyr” late on is a jarring one, with Bejar’s hushed, half-spoken vocal delivery placed incongruously over the top of a garish mix of harmonica and juddering keys, whilst “War on the East Coast” does similarly in its instrumental breakdowns, with a mouth organ solo that sounds as if it’s trying to mimic the effect of a string section, and not quite pulling it off.

Overall, though, it’s hard to pick too many faults with a record that sees a band that previously have always sought to temper the upbeat nature of their own brand of indie rock in one way or another instead just casting off the shackles and making a brilliantly boisterous LP; the electronic elements probably won’t quite be to everybody’s tastes, but even then, the energy with which they’re delivered should be enough to make up for it.