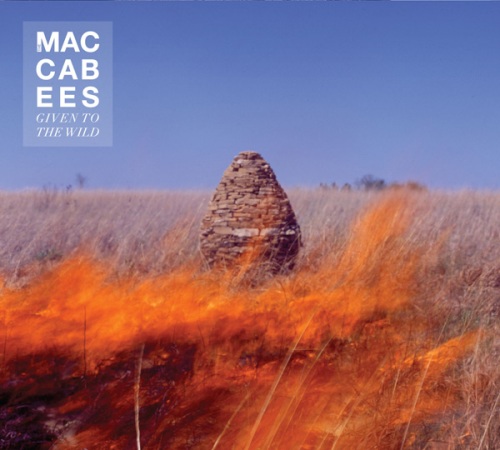 Since their 2007 debut Colour It In, South London indie five-piece the Maccabees have been somewhat condescendingly dismissed as a band that simply retreads the footsteps of other, better bands. With their debut it was the brittle post-punk that the Futureheads had popularised; with 2009 follow-up Wall of Arms it was Arcade Fire’s lush, orchestral sound that cast its shadow over proceedings. But to write off The Maccabees as mere copycats is to ignore the band’s skilful and imaginative songwriting, which at its best subtly subverts cliché and deftly brings all its weapons to bear to provoke an emotional response in the listener.

Third album Given to the Wild, the band’s best work to date, proves that although the Maccabees might not yet have found their own unique voice, they still have something to offer. Singer Orlando Weeks’ vocal, for a start, has developed magnificently, proving itself a resonant and supple instrument that elevates whole tracks and puts him in the same league as the Justin Vernons and Robin Pecknolds of the indie world. The rest of the band more than hold their own, too. Frequent, impeccably-judged shifts in melody, rhythm and cadence enliven tracks like ‘Pelican’, ‘Ayla’ and ‘Child’ while we wait for the next emotional crescendo. It all comes together perfectly on album highlight ‘Slowly One’, a gloriously unhurried slow-burn that tracks the gradual onset of despondency after heartbreak. “Every quiet moment/Every little silence/Every small reminder/Where you find her” croons Weeks, before the song’s burdens explode in a fiery ball of emotional melodrama with fuzzed-out guitar squalls, blaring horns, and what can only be described as the sound of a flute throwing itself off a cliff.

Sadly, the standard set by Given to the Wild’s best tracks isn’t maintained throughout. On several occasions the band seem to lose track of themselves and fall into the trap of going bigger and blander. The kind of histrionic strings that open ‘Heave’ should probably be limited to soundtracking slow-motion Hollywood death scenes, while the song’s chorus surrenders to the worst excesses of U2 and Coldplay. On ‘Went Away’, meanwhile, they seem to have stripped away all the little touches that make their music special, leaving only an inoffensive void.

The missteps on ‘Heave’ and ‘Went Away’ demonstrate the wobbliness of the tightrope that the Maccabees have to walk on every song here – a successful balancing act leads to songs that are populist, but with depth and a few frayed edges; songs that mine real emotion without spilling over into mawkishness. But the chasm of predictability, blandness and insincerity waits just below their feet, and without a particularly unique sound to fall back on, the Maccabees have no safety net. On Given to the Wild, Weeks and his cohorts generally strike this balance expertly with inventive and stirring songwriting, even if there are a couple of slip-ups along the way.