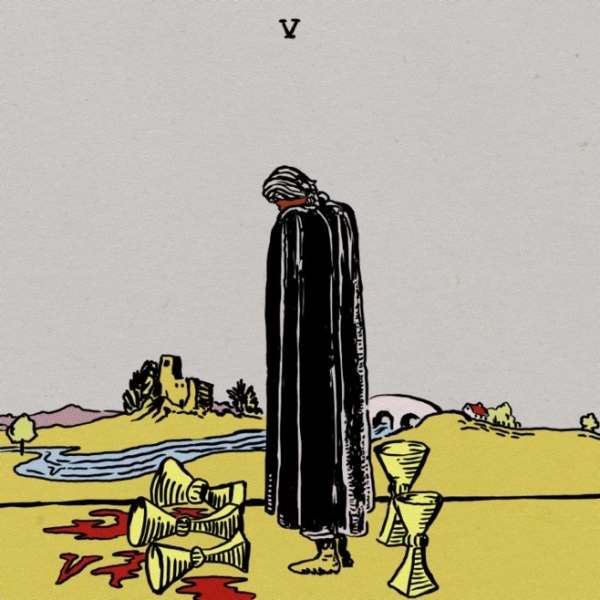 It should probably be taken as a sign of out-and-out confidence that Nathan Williams chooses to open this fifth Wavves full-length with a line like “I’m not doing anything today / I don’t care what you say.”

Five or so years ago, he might have been savaged for that kind of turn of phrase; the general consensus, pre-King of the Beach, was that his well-documented penchant for brattiness was unappealing rather than endearing, and he also found himself, highly unfairly, having to constantly bat back against accusations of making ‘slacker rock’ - those coming despite a prolific rate of studio return and constant touring.

The unbridled pop fun of King of the Beach, though, turned the critical tide in Williams’ favour, even if he didn’t immediately look all that confident in the aftermath; the 2013 follow-up Afraid of Heights was an uneven affair. His contribution to the Grand Theft Auto V soundtrack, though - “Nine Is God”, which stands amongst his very best - and this year’s collaborative LP with Cloud Nothings, No Life for Me, both suggested that he was beginning to find his feet as far as a rawer and more abrasive punk sound was concerned, which is why it’s a touch peculiar that, in many ways, V feels like a wholesale stylistic return to King of the Beach.

The pace rarely lets up here, which, depending on your outlook, is either a good thing - there’s an energy and boisterousness that suits Williams down to the ground - or a drawback, given that, by the time you’re approaching the back end of the record, things are unquestionably beginning to feel cloyingly one-track. There are, in places, subtle signs of progression; the guitars chime nicely on “Pony”, the punk-inflected pace of “My Head Hurts” works well, and, on “Redlead”, there’s experimentation with erratic, stop-start rhythms that come off smartly.

Elsewhere, though, attempts to break new ground are relatively scarce, and where they do manifest themselves, it’s not to particularly successful effect; “Heart Attack” comes off as sluggish rather than deliberately languid, for example. It feels as if there’s no end of repetition, and by the latter stages, the likes of “Wait” and “Flamezesz” have lost the zip and energy that opening one-two “Heavy Metal Detox” and “Way Too Much” are scored through with. Similarly, the lyrics, which tease by only ever scratching the surface of Williams’ anxieties, invite a serious sense of deja vu by the album’s end; they match the music both in their (often effective) simplicity and their frequent recycling of the same tired old topics.

Ultimately, V leaves Wavves at a crossroads in their career; they’ve carved out an effective niche for themselves, but now appear to be moving forwards at a snail’s pace. Long-time fans - particularly of King of the Beach - will find plenty to like here, but it’s difficult not to feel that Williams, by now, has scraped the bottom of the pop barrel; his future, as No Life for Me suggested, looks brighter when his stylistic eye wanders elsewhere.