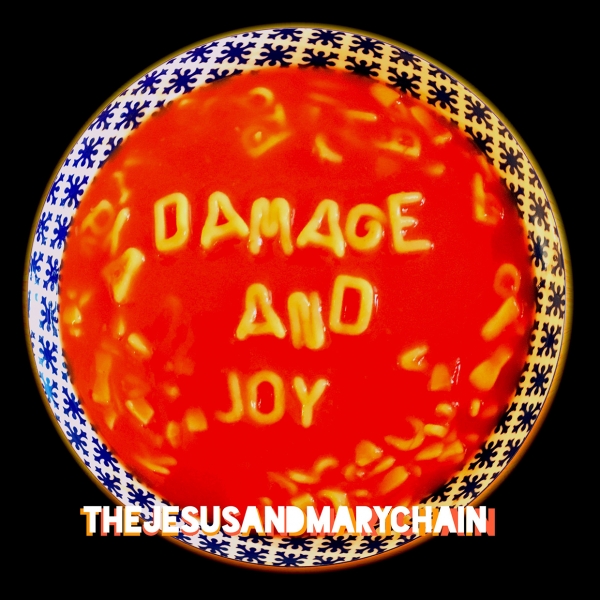 “After each tour we wanted to kill each other, and after the final tour we tried.”

Unlike, say, the Gallagher brothers, there was never a great deal of humour or romance about the ever-simmering feud between Jim and William Reid, one that seemed borderline nihilistic a lot of the time. Ironically, in the early days of The Jesus and Mary Chain, that might have suited the atmosphere around them just fine; after all, the shows that they played in support of their debut LP Psychocandy were notorious for reliably descending into wanton violence after only a handful of songs.

As time wore on, though, so did the siblings’ patience with one another. The records continued to flow, and the quality of them was steady - plus, the manner in which the band had repositioned themselves from noisenik upstarts to measured alt-rockers was to be commended. As late as 1994, when they released the very decent Stoned and Dethroned, it still felt as if the Mary Chain were chugging along nicely, even as tours routinely grew more strained as the dates went by.

By 1998, though, things had inevitably come to a head, with their sixth studio album, Munki, made at a point when relations between the Reids had sunk to a new nadir; the rest of the band would go into the studio twice, once with Jim and once with William, in order that never the twain should meet. Unsurprisingly, the tour was disastrous - as Jim recapped it, “my liver hurts and I want to kill my brother” - and ended up doing for the group, as they disintegrated after a show in Los Angeles at the House of Blues.

The best part of a decade would pass until the situation thawed sufficiently for a reunion, and another one after that before they returned to the studio. The reasoning was simple, according to Jim; they’d found a way to make playing shows manageable, but he remained terrified of returning to a situation in which his brother would be inescapable. With that in mind, he took quite the step into the lion’s den with Damage and Joy, which was largely cut at a remote studio in Granada with producer Youth.

When this writer interviewed the frontman earlier this year, he described Damage and Joy as “fourteen very good Mary Chain songs”, and you can see why he talks about it in those terms rather than as an album where cohesion and an overarching concept were key. He’d been claiming for years that the group had enough songs to make a new full-length whenever they felt like it, and it does seem as if this particular collection has been pieced together over time. Opener “Amputation”, for instance, is a stinging rebuke to the record industry inspired by the brothers’ wilderness years post-split, and has been featuring on setlists since 2007; Reid actually released it solo, as “Dead End Kids”, a year before that and this new take is a pretty faithful replication. Another track, “All Things Must Pass”, was originally released in 2008, on the soundtrack for Heroes, although the new version presented here dials down the initial version’s bombast a touch.

Also included are a clutch of tracks written specifically as duets for a planned album of songs in the style that was later scrapped; instead, the band cherry-picked the best ones and recorded them for Damage and Joy. They provide some of the highlights, working to the blueprint set out by “Sometimes Always”, their classic collaboration with Hope Sandoval from 1994. Following on from her releases with Mark Lanegan, Isobel Campbell’s delicate tones continue to prove an incongruously good match for heavier backing on the languid “Songs for a Secret”, whilst the hitherto-unknown Bernadette Denning delivers a subtle turn on the similarly laid-back “Always Sad”. The Reids’ own (presumably long-suffering) younger sister matches her older brother word-for-word on closer “Can’t Stop the Rock”, but the outstanding two-hander here is the track that precedes it, “Black and Blues”, which features a stellar contribution from perhaps the most able vocal chameleon pop presently has, Sky Ferreira.

Despite the intervening years and the slightly cut-and-paste nature of its composition, Damage and Joy feels like business as usual for the Mary Chain; big hooks and even bigger guitars are order of the day, especially on the maddeningly catchy likes of “The Two of Us” and “Mood Rider”. It really sounds like the kind of record that would’ve followed up Munki if they’d just gone ahead and made album number seven two or three years later; anybody expecting The Mary Chain to have been changed by the passage of time will be disappointed.

Reid’s lyrics remain straightforward, the guitars are still at the forefront and the instrumental palette is pretty much the same as it was in the nineties. Whether or not an eighth record would see a break from the past now that the slate’s been cleared of these long-gestating songs and ideas remains to be seen, but it seems unlikely. The Jesus and Mary Chain are trapped in amber on Damage and Joy, untouched by the very different musical climate to the one they last sent an album out into. Good job, then, that it contains far more hits than misses.