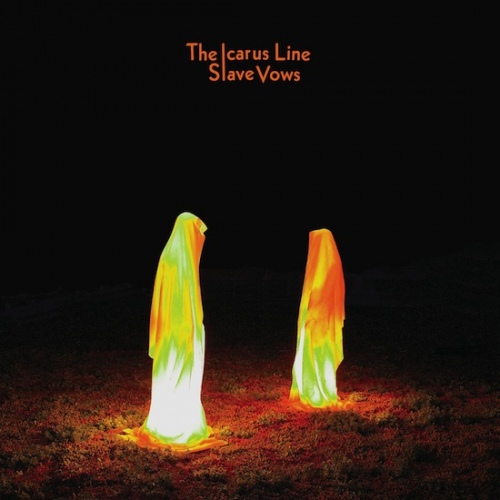 All evidence might be to the contrary, but Joe Cardamone is a born survivor. Against the odds, he’s dragged his one-band resistance movement The Icarus Line through 15 years of bridge-burning live shows and four albums of caustic gutterpunk noise, all the while finding the time to build his own studio and play a fuller part in the band’s production.

Of course, financial rewards are few and far between at the fringes of the US underground, and there have been heavy casualties along the way – band members drop in and out of The Icarus Line’s unpredictable line-up, and guitarist Aaron North, a major presence during the band’s early years, defected to Nine Inch Nails in 2005 before quitting music altogether a few years later.

Nevertheless, The Icarus Line’s stubborn refusal to die is a testament to Cardamone’s own bloody-minded resolve, not to mention the potency of his band’s subtly psychedelic brew, which takes its cues from The Birthday Party, The Stooges and vintage rock ‘n’ roll while adding a sharp-fanged menace of its own. The band’s fifth full-length album Slave Vows, on which Cardamone reteams with veteran Icarus Liners Lance Arnao and Alvin DeGuzmann, conserves the purity of the band’s sonic squall while introducing a new approach to capturing that sound on record. The result is the most unified Icarus Line album to date, and their best since 2004’s breakthrough Penance Soiree.

Recorded at Cardamone’s Valley Recording Company studio in Burbank, California, Slave Vows has been confidently stripped back to just eight tracks, allowing the band to settle into a set of undulating grooves that regularly breeze past the five-minute mark. This crucial change is immediately apparent on opener ‘Dark Circles’, an 11-minute psych-drone behemoth that opens with a bloody trail of feedback, gradually coagulating into a hypnotic beat before the foot abruptly comes off the gas for a closing section that recalls the decadent psychedelia of early Velvet Underground, complete with a sinful tambourine rattle ripped straight from ‘Venus In Furs’.

The Icarus Line have always been great slow-burners, and the extended track lengths of Slave Vows is a bit of a revelation for their sound. Clearly, this album doesn’t know the meaning of ‘hit single’, and even in comparison to the band’s previous efforts it’s light on easy hooks. But hooks have never been the point; Cardamone’s crew are at their peak when moving between the simmering heat and the fireball, and these drawn-out song structures give them more space than ever to explore the tension between nervy build-up and cathartic release. The dynamite central riff of ‘Dead Body’, which crashes and squeals like an angry boar, is set up perfectly by the uncoiling bassline and trembling guitar effects that precede it. Meanwhile, sharp bursts of energy like the clamouring ‘No Money Music’ and the buzzsaw punk of ‘Rat’s Ass’ are perfectly placed to break up the more tortured tracks with some wilful disorder. Slave Vows was written and recorded almost entirely live over a meagre two months, but it’s clear Cardamone has put a great deal of thought into how it’s put together. Despite The Icarus Line’s anarchic M.O, that consideration has paid off in a big way.

With an album title like Slave Vows and songs named ‘Laying Down For The Man’ and ‘City Job’, Cardamone’s holding all his cards up to the light here. His lyrics’ core concept of struggling to do something exciting in a bland, uncaring world are doubtless drawn from 15 years of bitter experience (“And life / Just sits around,” he laments on ‘Dark Circles’). But as we said, Joe Cardamone is a survivor. And if The Icarus Line’s survival brings albums as vital as this, then it’s something worth rooting for.