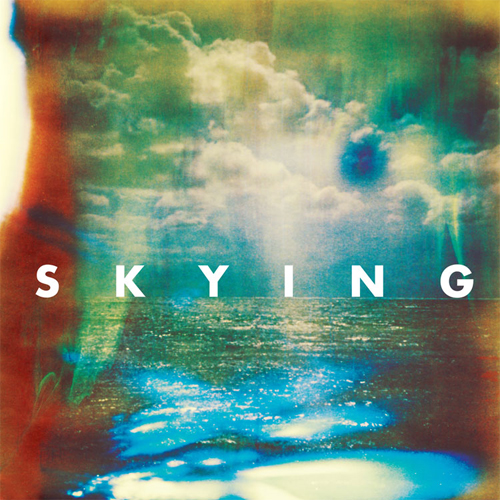 “Love is the drug and I need to score”, Bryan Ferry once famously said. Now, love is all well and good, it makes the world go round and, as someone else so famously mentioned, love is all you need. But music, intense, all encompassing music, is an extreme drug that can blur your mind and hammer your senses. A visceral experience and one that can rarely be replicated by anything else. It also doesn’t matter how you get your “hit”: at home with your personal stereo, or out and about in a venue as a shared experience with hundreds or thousands of others.

The Horrors should like this comparison. Their music has always felt like a blurred rush of boundaries being bent and broken, of throwing sounds and influences together to produce a thick, dense mesh of sounds. The Roxy Music link might also be apt – their art school ways and interest in pop music is something The Horrors also subscribe to. They’ve developed their sound over the course of three albums, from the sharp, somewhat style-over-content approach of their debut to the much more mature shoegaze of Primary Colours, which felt like the band coming of age. With Skying, it feels like The Horrors have finally fully realised the sound in their heads. Taking production duties on themselves has seen the band pitch themselves in the perfect middle ground between pop music and their more left-field and experimental ways. That trademark dense production remains and this album will confirm that The Horrors have made serious inroads into changing their image from the selfish goths of their youth to the standard bearers of left-field guitar music.

Opener ‘Changing the Rain’ soars like early Echo and the Bunnymen – a clunking rhythm and bass section drives the song, the vocals delivered in Badwan’s usual laid back style. The star of the show though is the glistening guitar riff that dances over everything, playfully throwing shapes to ensure it doesn’t get bogged down in the hefty production. The track ends with a distorted string section that swells and envelops everything, leaving the song to dissipate in a trickle of disconnected notes. ‘Drive In’ ripples with electricity that was slashed from the Psychedelic Furs. The riff a twirling tease that swerves between the drums before the refrain reaches into the darkness, an anxious cry of “Where you goin’?” echoing out.

‘Endless Blue’ begins as a brass filled lullaby before the guitars charge in, wrecking the tranquil space. The lyrics summing up the disassociation of 21st century living: “Everywhere seems so far away… everywhere seems so far behind”, a lament on our Internet obsessed culture perhaps; physical space is distancing and so less interesting than everything else, we can touch other worlds so easily and so quickly with just a few quick gestures. Oddly, the crashing waves of drums and guitars seems to counteract this “blues” drawing a completely different thread, one that’s upbeat and full of energy. ‘I Can See Through You’ is the link between this album and Primary Colours. The vortex shattering ice-cream van tones return, revolving around a warped guitar riff. It’s a sonic rush that floods your body with endorphins, sparking your surroundings and heightening the senses. The shifting influences bring the sound of Neu! into ‘Moving Further Away’. Keyboards take control, a Krautrock repetition of the same chords over and over whilst the vocals move like a flowing stream that merges with the horizon, a junction between the earth and the sky: “I’ll be shouting across the silver, across the waking skies”.

Skying isn’t just a sensory overload though as The Horrors know that fatigue can sit in. The pace shifts with the buzz of ‘Monica Gems’ that betrays their early Garage-rock infatuation. The riff a 70s drenched rag that’s thrown around in carefree abandon. The song beats skywards, a distorted love song of missed opportunities and fractured love. ‘Ocean Burning’ covers similar subject matter, a simple guitar and drums approach that drowns in reverb scattered feedback. The lead-single ‘Still Life’ stands out for its crystal clear production. The vocals stripped of their effects, the rhythm a crisp spark that swells with the refrain, each instrument instantly accessible and audible. Proof, if any were needed, that The Horrors can make absolutely perfect pop music when they want to.

Listening to Skying is like immersing yourself in a thick, hazy and thrilling climate. A drug-like haze of colliding sensory stimuli. There’s an enthusiasm for the music that we’ve not encountered previously. Their predominantly art-school detachment and style over content has replaced with an emotional drive and vigour. There’s passion and heart here. This is what makes Skying such a standout piece of music – not only have they found the perfect balance between their pop ways and experimental leanings but they’ve added a fervent and impassioned delivery that goes beyond mere posturing. This is what makes music such an addictive experience – seeing and hearing a band continue to develop and work at their music, never resting on their laurels. Skying is a masterful work.