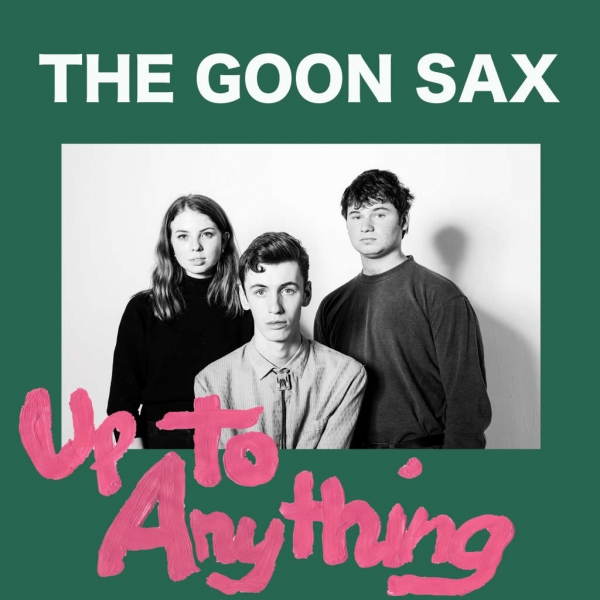 Often we talk about music not being challenging enough– everything sounds like something else, and recycled to the point of frustrating monotony. But despite pop “eating” itself, there’s still something very satisfying about discovering a band that don’t pretend to be anything other than themselves: in The Goon Sax’s instance, that means purveyors of simple, unembellished pop music. For all of the flaws in their name (come on – it’s pretty terrible), Up To Anything is as perfect a pop album you’re going to get in these times.

Contrary to what you’d expect from a Go-Betweens fanatic, that statement has little to do with one member, Louis, being the son of Robert Forster, though the occasional eerie likenesses are simply unavoidable: Louis Forster’s voice, for example, contains a similar, fragile baritone, made more affecting in those spoken word verses, particularly on "Sweaty Hands" – a tale that charmingly examines a point in a relationship when you're seen at your most blemished. His accented cadence being somewhat reminiscent of Forster at his most contemplative: “this is the worst you’ll ever see me look”, he says, faintly recalling the line in "Part Company" - “that’s her handwriting, that’s the way she writes” - where Robert Forster’s romantic discourse takes a tragic, melancholy turn.

Still, The Goon Sax are very much a singular entity, doing things on their own terms but clearly informed by indie pop’s past, creating a kind of sophisticated pop that’s both accessible and deceptively clever, but identifiable to anyone who remembers what it’s like to be young and all-consumed by love. Lyrically, it's deep but not irritatingly earnest, and for every bit of matter-of-fact sadness in songs like the album's title track - a light-hearted portrayal of disillusionment and general inertia - there's optimism in its inherently buoyant pop sensibility.

To some, Up To Anything's primitiveness might sound contrived, but it captures the awkwardness of teenage life with self-depreciating conviction; their knack for melody and clumsy turn of phrase making them one of the more exciting indie pop bands of recent times. This is pop music as it should be: simple, unvarnished, young but world-weary, and ultimately timeless.