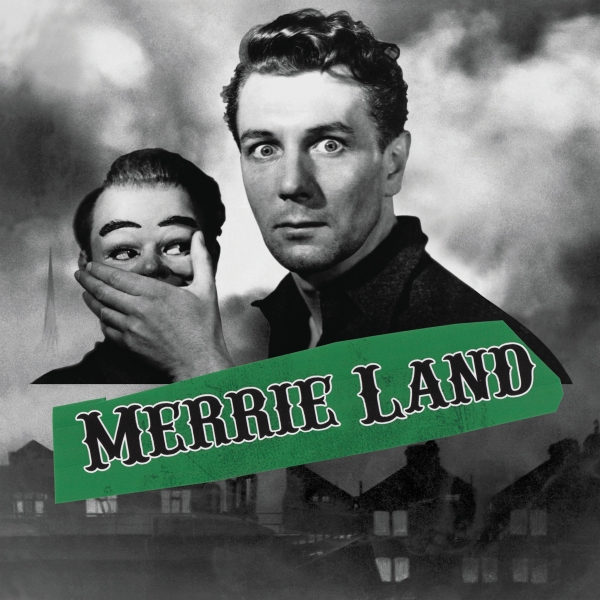 Damon Albarn really knows when to pick his moments – but he’s outdone himself with this new record.

While the first, self-titled record he released with this band was solely focused on what it meant to be a Londoner, this new record is solely concerned with what it means to be living in the United Kingdom while our 45-year membership of the EU crashes down around us.

Once again, Albarn calls on music royalty to round out his band. Joining him on the record, as they did on the first, are The Clash’s Paul Simonon, Afrobeat pioneer Tony Allen and The Verve, Blur and Gorillaz guitarist Simon Tong. It arrives eleven years since their previous collaboration – and they have lost none of their collaborative power or identity, despite Albarn releasing approximately three hundred albums in the meantime (including two fantastic Gorillaz albums, and an even better Blur record).

Of course, this shouldn’t be a surprise, considering their pedigree.

Albarn is one of our great songwriters. Simonon’s bass playing features on one of greatest albums of all time. Tony Allen played drums with Africa’s greatest songwriter, and was once heralded as “the greatest drummer ever” by Brian Eno. Simon Tong, by far the least glamorous of the names on the record, played on The Verve’s legendary Urban Hymns, filled in for Graham Coxon in Blur after the Think Tank recordings, and has been working with Damon ever since.

Oh, and the record was produced by a Tony Visconti? Answers on a postcard.

On projects this grand – “The bassist from The Clash!” “BREXIT!” - the songs Can often be an afterthought. But the ten songs on this thing really are special, and worthy of the epic introduction tacked on to every article about it.

The fairground organ appears immediately on the title track, and stays throughout the duration. It’s a ghostly goodbye to the EU, and a biting critique of Brexit. He attacks the idealised England that the Brexiteers wanted to reclaim – it's a land of “dark ponds”, a “shaking land where nothing grows”. We were, in Albarn’s mind, better off in the EU, rather than facing an uncertain future with no hope of redemption. He makes a convincing argument.

“Gun to the Head” is whimsical and paranoid, like a country fair curated by George Orwell. While Albarn sings of the sun being “soft”, and “narcotics sold in Boots”, we’re led by the hand by some funky recorders. The woozy krautrock of “Nineteen Seventeen” sounds like Can if they were fucked up on Special Brew and crap coke – and it showcases Tony Allen’s incredible drumming (the man is nearly 80!).

Next, “The Great Fire” sounds uncannily like the latest Arctic Monkeys record – a combination of Bowie, lounge and soundtrack music. It’s quite incredible. “Lady Boston” is the first chance that the album has to breathe, and breathe it does. It’s languid, relaxed and lazy.

The soul-boogie of “Drifters and Trawlers” is probably the closest to The Clash that Simonon’s fans will hear on this thing – check out his bouncy, rubbery bassline locking in with Allen’s drums. Album highlight “The Truce of Twilight” has the best lines on the record: “Curtain twitchers can take out their sunscreen”, and “Demis Roussos playing ‘Forever’ on the waterslide”.

“The Last Man to Leave” is prime-era Blur through a paranoiac kaleidoscope, and “The Poison Tree” closes the record out with a soothing groove, and Albarn’s imagined response to the UK from the EU - a love letter and a ‘please don’t go’: “If you’re leaving me / It’s really sad / It’s really sad”.

It is rather hard to properly love something this relentlessly depressing. The music is disorientating and often overwhelming. The talk of drugs, disappointment and dossing is a little too on-the-nose. The cynicism and paranoia is infectious.

Whether you voted to Leave or Remain (and whether you got what you wanted or not) is immaterial here. Albarn achieves his mission, which is not to cast doubt on the process itself, but more the situation that led to it. He posits that the United Kingdom is doomed because we have lost sight of who we are, and where we want to be going. With material this strong, and a vision this clear, it’s hard to argue with him.