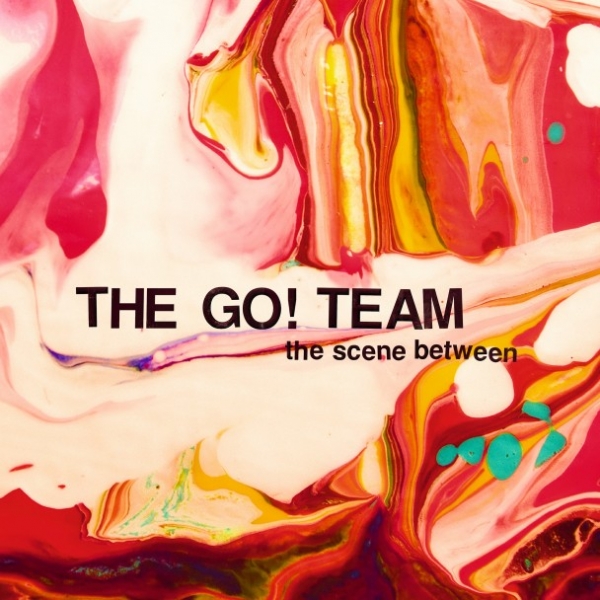 The Go! Team’s third record, 2011’s Rolling Blackouts, marked the end of an era for the band. Since its release, several longtime members have splintered off to pursue side projects and various life endeavors (weddings, careers, and other sorts of non-music things that people do sometimes). Such departures left founding bandleader Ian Parton at a crossroads, and thus the first three Go! Team records can now be viewed as a finite trilogy, leaving album number four, The Scene Between, to serve dual roles as both a transitional period and a new beginning.

The album sees Parton exploring a melody-first approach to songwriting that, while a conventional method to the vast majority of pop artists, treads as-yet uncharted territory for The Go! Team. According to the album's promotional materials, Parton gave himself four rules to guide the writing of this album: "melody would guide the song, samples would be treated as an instrument rather than a basis for the song, the production would vary across the song like flipping the dial on a radio and the singers must all be people he’d never previously heard of." As such, songs no longer harbor the "found footage" feel of previous records, through which a close listener could often cherry-pick the one particular sample that gave birth to the song as a whole—so longtime fans will likely find the shift in Parton's songwriting methods immediately apparent.

After all, Blackouts and its two priors (2004's groundbreaking Thunder, Lightning, Strike and 2007's Proof of Youth) seemed to displace familiar melodic reasoning in favor of creating pop songs built entirely upon those found sounds, partnering the anthemic rallying calls of cheerleaders and party-goers with and a vaguely tangible sense of nostalgic production and an affinity for the creation of utterly dissociative hip-hop. For those first three records, Parton & co. created this odd blend of futurism birthed from wistful whimsy—but The Scene Between askews this old rubric in favor of something seemingly more conventional.

The hip-hop leanings and presence of rapper Ninja, once a symbolic figurehead of the band, is but a ghost these days. Parton's new songwriting style greatly bolsters the pop aspects of The Go! Team's quirky, grainy-by-design production kinks, and the end product is reminiscent of the psych-infused power pop of the Elephant 6 collective's early days (particularly calling The Apples In Stereo and Elf Power to mind), centering on catchy-go-lucky pop melodies rather than the band's usual boisterous bursts of emphatic, rallying rhymes.

Tracks like "Waking The Jetstream" and "Catch Me On The Rebound" mix bubble-gum laden chorus lines with the major elements that still comprise The Go! Team's signature sound—gritty guitars, tinny drums and piercing synth-tones clashing alongside fuzz-laden vocals. Then there's "The Art Of Getting By (Song For Heaven's Gate)," which seamlessly blends the past and present, ringing closest to something tangible for prior Go! Team fans to sink their teeth into without sullying the album's intent.

The Scene Between bears a name that seems to shoot itself in the foot. The album immediately shows its hand, introducing itself as a transitional period for Parton. And though he's no stranger to maintaining a hands-on approach to The Go! Team's output, the opponent-of-convention hasn't held sole, totalitarian reign over the material for over a decade. Still, the end result is one of consistently rallying engagement. Parton did exactly as he set out to do, bridging a self-recognized gap in his songwriting habits to produce a melodically dense record packed with insatiable hooks with minimal sacrifice to the band's signature sense of nostalgia-infused momentum.