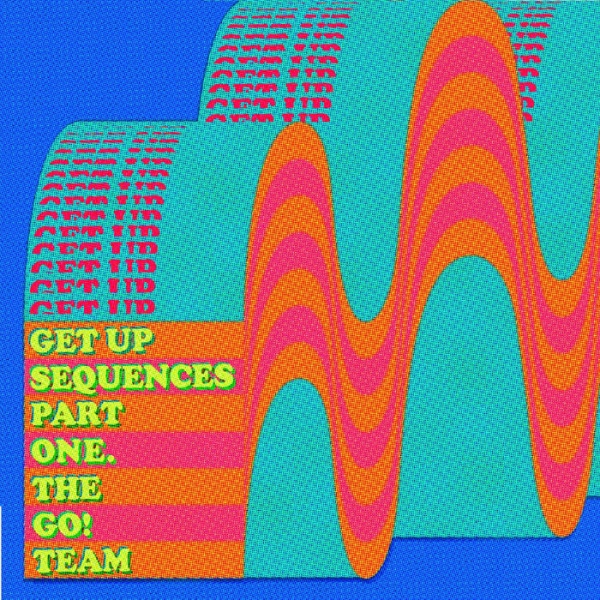 The Go! Team exploded out the gates around twenty years ago. From the first bars, their sound has always been incredibly distinctive; a riotous optimism; a sugar rush; a sucker punch full of horns, percussion, chanting, and joy. If you’ve listened to one of their many hits, you can almost feel their trademark sound hit you.

Therein lies both the blessing and curse. Get Up Sequences Part One is The Go! Team's sixth album. Over the years their patchwork of sounds has flexed here and there, but you can still hear a Go! Team record from a mile off, with only The Scene Between really pushing the envelope. So have they been mining a rich vein or stuck in a corner?

The answer is both. Get Up Sequences Part One is classic Go! Team, and for those who fell in love with their sound back on 2004's mercury-nominated debut Thunder, Lightning, Strike, you're likely to still find much to sink your teeth into on this latest record.

From the off, "Let the Seasons Work" holds many trademark Go! Team features. A collage of energy, soulful samples, clattering. Hiss, shouting, brass. But for once this Go! Team record that feels strongest when it holds back a little. Song two, "Cookie Scene", opens as a relatively restrained track. "A Bee Without its Sting" offers a hint of melancholy creeping around the handclaps, horns and flutes. These result in wonderful beats in an album which for the most, remains typically excessive and energetic - see "Pow" if you're needing a quick hit of the classic Go! Team cocktail: rap, energy, bells and whistles.

With six albums under their belts, The Go! Team are a band with nothing to prove. But on Get Up Sequences Part One, they continue to show off a sound distinctly theirs, one which brings an awful lot of joy. The Go! Team are stuck in a corner, but that corner is a great one. Long may it continue.