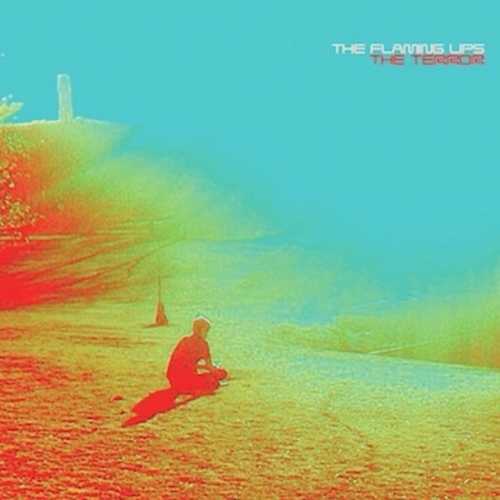 Though it’s still The Flaming Lips’ finest moment, there was one thing that was a little annoying about The Soft Bulletin. It appeared to be a record the band realised was so good that they spent the next ten years trying and failing to recreate it; everything about Yoshimi Battles The Pink Robots and At War With The Mystics seemed intent on aping its aesthetic, right down to the colour schemes and fonts used in the artwork.

Yet though those records did have their moments, they were faded photocopies in comparison to TSB’s overwhelming, kaleidoscopic glory. It was only with 2009’s excellent Embryonic that they broke with such methods, delivering a weird, wonderful and frightening record of repetitive drones and abrasive noise that ranks with the most daring – and best – in their canon.

So, for its follow up? Well, as demonstrated, when The ‘Lips are on to a good thing, they tend to milk it for all it’s worth. As such, The Terror very much comes from the same headspace as Embryonic, with mood rather than melody the concern that leads its every turn. But whilst the attempts to stretch out that Soft Bulletin magic lead to weaker versions of the same thing, The Terror somehow avoids a similar fate. This is probably down to the fact that, by using a record as inventive as Embryonic as their template, The Flaming Lips had already placed themselves in a more artistically rewarding mindset; there were lots of places that Embryonic didn’t go, and The Terror walks those paths, with trepidation. Turns out they’re murky, dimly lit, and not altogether welcoming places to be.

Though it comes clad in a garishly coloured sleeve and opens with a number called ‘Look… The Sun Is Rising’, if you think this is going to be a breezy, At War With The Mystics-type affair, you’ve got the wrong end of the stick. That opening tune is actually a clamorous, almost industrial barrage of noises whose title is sung more like a warning than the joyous exclamation it first appears to be on paper. Quite often there’s very little melody to speak of, with Wayne Coyne’s vocals buried deep in a mix that relies far more heavily for kicks on the work of Steven Drozd and his unnerving loops and jarring, glassy guitars, often reminiscent of those on Gang Of Four’s ‘Anthrax’. It’s a tough, uncompromising listen that requires not so much patience as submission; you don’t really come to enjoy a track like the unapologetically repetitive thirteen minute epic ‘You Lust’, you just kind of give over to it.

There are moments of tunefulness, sure. But they’re handled in very disconcerting ways. The vocal melody and lyrical content of the closing ‘Always There… In Our Hearts’ might be quite sweet if left to its own devices, but the musical accompaniment does a job of turning what could be a lullaby in to something altogether more nightmarish. It’s really quite a similar way of handling things as those expert rock deconstructionists Liars operate – indeed, add in a few more witchcraft references and ‘You Are Alone’ could fit nicely on They Were Wrong, So We Drowned – favouring as they do the concern of general disquieting ambience over adhering to notions of what songs “should” sound like at all times.

It’s a toughie, sure. But there are many things to be grateful about with the arrival of The Terror. For one thing, there’s no unnecessary guest appearances, no half-baked accompanying sci-fi movie, and it’s not being released on some USB stick contained in the genitals of a giant jelly baby for once. It’s the Flaming Lips at their most preoccupied with nothing other than music, and it sounds wholly f*cking weird, but great. The fact that a band thirteen albums in to their career can still make music that scares their audience is one thing. But the most amazing thing about The Terror is that it sounds like they still have the capacity to scare themselves.