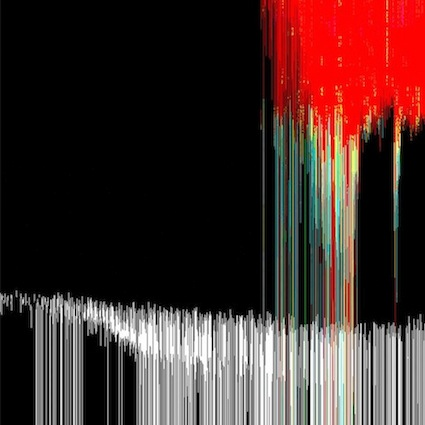 On paper, The Flaming Lips and Heady Fwends sounds like an unholy mess.

There’s the concept: Oklahoma City’s much-loved psychedelic adventurers invite approximately a gazillion more or less kindred spirits to the studio to see whether inspiration might hit; hardly an ideal recipe for anything massively cohesive. Add some self-consciously wacky song titles (‘Supermoon Made Me Want to Pee’, anyone?) that would make a saint want to slap those responsible, and you’d be forgiven for assuming this is the point where the luck of a band whose unmatched ability to generate goodwill has withstood such patience-testing undertakings as 2009’s melody-dodging noodle-soup Embryonic and 1997’s quadruple-CD opus Zaireeka will finally run out.

And a mess it is: a messy, splattered, all-over-the-place, uneven, acutely unfocused pile-up of a mess. However, it’s a mess blessed with a strangely charming character, like a loon on a bus raving about UFOs, infra-rays and tinfoil hats whilst sporting such a beaming smile you don’t have the heart to switch seats. Depending on the listener’s mood and exact location on the record, these 13 tracks will entice, frustrate, baffle and annoy in equal measure, bringing to mind The Flaming Lips’ freak flag-waving early days.

That said, this is precisely the kind of mega fan friendly far-out limited edition fare you’d expect bands to put out on Record Store Day, as this album originally was. Released properly by Bella Union (Lips’ long-term label Warner Bros having presumably run out of measuring tape in calculating the distance in commercial potential between this and, say, ‘Do You Realize?!’), it’s tricky not to focus on the weaknesses, of which there are many.

Starring trash-pop princess Ke$ha, an unlikely union quite possibly coined to piss off the uber-indie crowd, opener ‘2012’ disfigures its joyously mindless update of ‘1969’ by The Stooges with some of the most awfully grating keyboard sounds known to man. Similar eardrum-shattering outbreaks of noxious noise, suggesting someone leaning absent-mindedly on an analogue synth set on self-destruct, keep cropping up again and again. The likes of the ranting ‘You, Man? Human???’, starring Nick Cave, sound not so much half-baked as entirely uncooked. At nearly 70 minutes, the platter could have shed a fair few tracks without losing anything of value.

The glimpses of the peerless ability to mix melody with madness that made the band’s creative peaks – 1999’s stunning The Soft Bulletin and 2002’s even-better Yoshimi Battles the Pink Robots – so brilliant are immeasurably more compelling. ‘Ashes in the Air’ (featuring Bon Iver) and the Edward Sharpe-enriched heartbroken opus ‘Helping the Retarded to Know God’ (seriously, who came up with these titles?) sparkle beautifully. The energetic ‘Do It!’ (with Yoko Ono) out-weirds Embryonic. ‘That Ain’t My Trip’ (with My Morning Jacket’s Jim James on vocals) excels in grizzled power pop.

Best of all is a hypnotic 10-minute plus take on ‘First Time Ever I Saw Your Face’ that sends the oft-visited ballad to orbit the earth, with results that are so much more interesting that the curiously well-timed online spat over an unauthorised video that erupted between guest vocalist Erykah Badu and Wayne Coyne prior to the album’s release.

Listen to The Flaming Lips and Heady Fwends