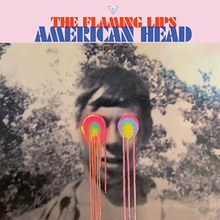 The Flaming Lips may have been uniquely well-prepared to adjust to the covid-19 pandemic. Frontman Wayne Coyne is known for performing from inside his own protective bubble (an approach expanded for a recent US TV appearance that saw the entire band housed inside individual plastic cocoons), and the band’s best work is infused with existentially attuned social distancing: floating through endless acres of cosmic longing, with not another human being in sight.

The band’s more recent projects have seemed to retract deeper into an insular bubble. Madcap projects such as track-by-track tributes to classics by Pink Floyd and The Beatles, a song lasting 24 hours and an album (2017’s Oczy Mlody) devoted to luridly whimsical cartoon psychedelia have made few overt attempts at appealing to anyone outside of The Flaming Lips camp.

Having learned that pre-Heartbreaks Tom Petty was dispatched to Tulsa, Oklahoma to sharpen his act with early band Mudcrutch before taking on the music biz in LA at around the same early-70’s point when Coyne’s older brothers were peddling acid in the city, the Flaming Lips dreamed up another eyebrow-raising concept for American Head. What if the late American icon and co. had crossed paths with the druggy circles Coyne’s brothers moved in? The thematically linked songs written from this outlandish premise reignite the cosmic loneliness, deeply felt empathy and uplift in the face of fragility of life that has powered the Lips’ finest works.

The homespun orchestrations, bittersweetly fragile melodies and swerves from intimate melancholy to euphorically ascending surges nod (and notably don’t pale next to: American Head constitutes a major return to form) towards the genius of The Soft Bulletin (1999) and Yoshimi Battles the Pink Robots (2002). The longing and keen sense of the impermanence of existence that infuse these 13 tracks (with the band’s current expansive seven-piece line-up strengthened by excellent guest vocalist Kacey Musgraves) are nothing new. Yet songs like the hypnotic, heartbreaking “Brother Eye” (with Coyne pleading his brother Tom – imagined or real? – not to die), wearily resigned “Mother I’ve Taken LSD” and the desolately majestic “Will You Return/When You Come Down” (full of the existential dread of 2013’s underrated The Terror, albeit with unfathomable sadness replacing that album’s anxious abrasiveness) hit where it hurts – hard - in a way that seems entirely fresh.

On the run from conventional society’s rules and mores, the set of characters that populate American Head share some of the romantic yearning of early Bruce Springsteen. However, these drug-dealing and taking youths are less born to run than destined to get shipwrecked by the hedonism that was meant to set them free; the protagonist in the profoundly moving ode to friendship “At the Movies on Quaaludes” is all too aware that the dope they guzzle to fuel dreams of stardom (‘’someday we’ll be rich/we’ll be famous fools’’) may well led to consciousnesses being irretrievably suspended rather than mind-expansion.

American Head is not entirely devoid of gonzo antics. Only the Flaming Lips would dream of peppering moving piano-led ballad “Mother Please Don’t Be Sad” (complete with playful nods towards vintage '60s psych orchestrations and, in sequence with the turbulent instrumental “When We Die When We’re High” and the uncharacteristically tense “Assassin of Youth”, the peak of an album that never slips below thoroughly compelling) with cheap synthesized dog barks – and somehow making it work.

However, as the album progresses, it’s easy to imagine that Coyne and the Lips’ resident musical polymath Steven Drozd have given up on any pretense of writing about fictional characters and are instead penning hymns for the lost and burnt out destinations the lives of people they grew up with – and perhaps their own – could have headed in. This infuses the proceedings with a raw ‘realness’ the band has rarely dabbled in. Stately, sorrowful yet somehow also undeniably uplifting, American Head is a rare concept album that actually coheres as a narrative, but can just as easily (but less rewardingly, perhaps) be enjoyed as simply a set of the band’s most potent and moving tunes since the early '00s.