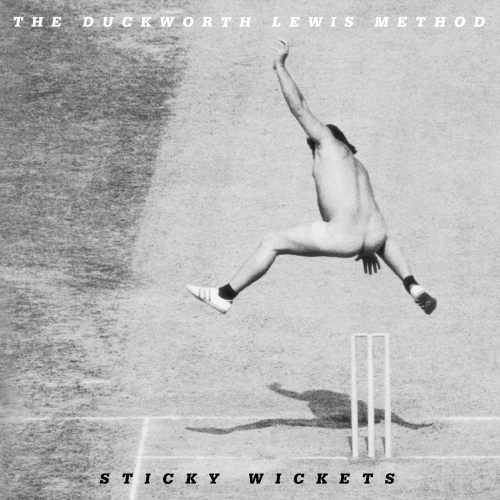 Cricket has contributed a great many metaphors and idioms into national parlance and the game’s particular lexicon is a gift to wordsmiths of this duo’s calibre. They fill their boots at times: hearing them rattle through almost every conceivable delivery in ‘Mystery Man’ is particularly delightful (“off-cutter, in-dipper, maybe slipping in the flipper”) but there are other first-class moments that don’t solely depend on dexterity of wordplay. ‘It’s Just Not Cricket’ is a great idea and makes the most of Henry Blofeld’s suitably eccentric contributions while Neil Hannon’s poignant depiction of ‘The Umpire’, increasingly obsolete in an age of technology – and the only square on the square – is tragicomic. Elsewhere, the sporting context is almost a conceit, exploring themes more loosely grounded in the English raindance.

Blowers is one of a vast array of guest contributors. Daniel Radcliffe’s cameo on ‘Third Man’ is particularly well played, while there’s an air of John Betjeman in Stephen Fry’s genteel delivery. Most guests chalk up their appearances on throwaway closer ‘Nudging and Nurdling’, which features a string of celebrities repeating the title, a few of whom also graced the first album. Matt Berry, almost a third band member, reads a scorecard in annoyingly zany fashion on ‘Mystery Man’, although the closing payoff is very funny. There’s also a contribution from former England coach David ‘Bumble’ Lloyd, who lends a catchphrase to ‘Boom Boom Afridi’ in perhaps the album’s only jarring note, if you agree that Sky TV has disenfranchised millions of British cricket fans and Lloyd’s voice is subsequently tarnished by attachment to his paymaster Murdoch. ‘Judd’s Paradox’ ably notes the sport’s historic elitism, and a television paywall is enormously regressive. One can only assume that a couple of Aggers’ Desert Island Discs choices cost him a slot…

The influence of rock and pop behemoths from eras past is writ large, and spotting influences and references is a game in itself. Neil Hannon’s admiration for Jeff Lynne is no secret and ‘Third Man’, where a daydreaming fielder plots film noir villainy is, musically speaking, a perfectly judged takeoff. ‘Out in the Middle’ sets off like a George Harrison B-side before bursting briefly into something Steely Dan-esque, and the atypically literal ‘Line and Length’ (“Gotta get the ball / Where it ought to be / In the corridor / Of uncertainty”) shakes things up with an electropop parody. Walsh and Hannon seem to be having a ball throughout; perhaps never more so than when echoing the Bonzo Dog Doo-Dah Band in ‘The Laughing Cavaliers’. Monty Python would be proud.

It’s impossible to listen to Sticky Wickets without amusement, but on occasion the procession of guests and parade of pastiches threaten to encroach into “novelty” territory. This album misses anything as triumphant and unforeseen as the Gatting-ribbing ‘Jiggery Pokery’ but, while DLM might have lost the surprise element, the effervescent merriment remains – and this collaboration would be splendid no matter the concept. Even so, cricket’s quirky tropes make it a perfect muse and motif for Walsh and Hannon’s musical partnership – and if the band continue coinciding albums with home Ashes series, we’ll only have half the wait again to celebrate the Duckworth Lewis hat-trick.