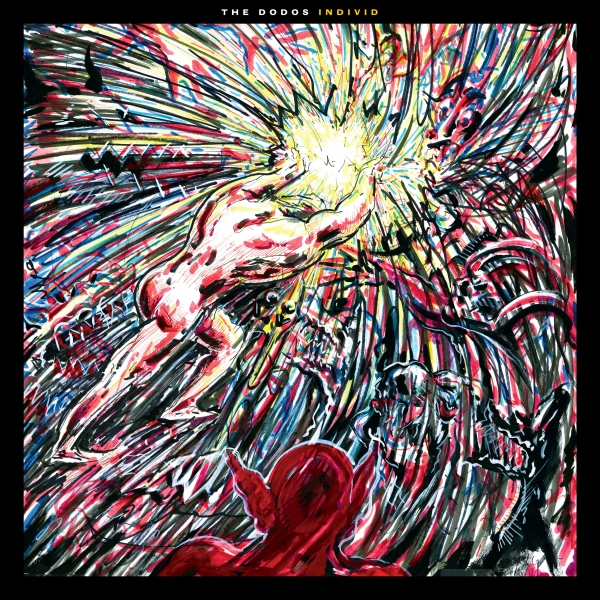 The Dodos closed out their last album, 2013’s Carrier, with a chorus of high tensions and heavy-hearted repetition — “Why won’t you be where I want you to be?” The resolution-less query was pointed at Carrier‘s central motivator: the death of guitarist Chris Reimer, who passed in his sleep in 2012. Their sixth album, Individ, was written in the immediate wake of the Carrier recording sessions but appears to have shed the sullen despair for a coat of wistful ambiguity. Individ sees the duo blending their modern sound with their more raucous beginnings, melding the clean-cut production of more recent works with the strong-armed vitality of their groundbreaking 2008 album Visiter.

"Carrier was about breaking habits," singer/guitarist Meric Long explains in Individ's press materials. "This record is about accepting what is natural for you or maybe even a part of you." Indeed, the acrobatic display of guitars and drums feeding off of one another has always been an integral part of The Dodos' aural aesthetic. But rustic, tinny clangs of vicious guitar strums and complex rhythms showcased on Visiter seemed to grow "cleaner" as time went on, with future Dodos albums incorporating various elements that distracted from this core dynamic: vibraphones, electric guitars, hyper-polished production and the like. But for Individ, the band has returned to their Visiter dynamic: highlighting the duality between two incredibly talented musicians accelerating one another further toward virtuosity.

The album's first single, "Competition," features a verse of consolidated enthusiasm that erupts into a boisterous chorus of rich harmonies. "Goodbyes and Endings" sees Kroeber back to his old tricks, enacting complex polyrhythms through rim hits and floor toms where others might lean more heavily on snare and bass. Penultimate track "Bastard" has a rustic integrity all its own: It's not "folksy" in the sort of way that felt just so right in 2008 — rather, it's an elongated subdual of mixed emotions, mildly distorted strumming and exasperated drum bellows.

Individ parts with a lofty seven-minute vignette called "Pattern/Shadow." Featuring background vocals from Thee Oh Sees' Brigid Dawson, Individ sees The Dodos once again ending on a cycle: "Your Pattern / A Shadow." Individ is deeply nestled in The Dodos' shadow, gathering patterns of the past to construct their future without shying away from tried and true habits.