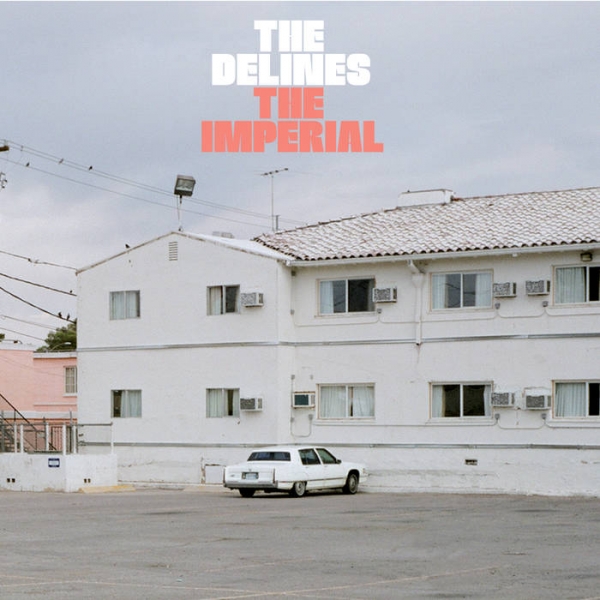 ‘‘You’re the destroying kind; too busy hurting yourself while everyone else does your time”.

So goes one typically stark line on The Imperial. It’s an effective summary of the type of doomed characters you’re likely to encounter on this sublime second selection of twilit soul grooves from the Portland, Oregon-based five-piece.

Someone very central to The Imperial also wound up badly hurt during the sessions for the album. With recording well underway in 2016, singer Amy Boone got run over by a car, with ensuing injuries serious enough to require three years of recuperation and recovery - and a prolonged break from any musical activity. The Imperial proves worth the wait.

Having made his name as an acclaimed novelist after 20 years on the margins of the music industry, Willy Vlautin rebooted his songwriting by pitching the material on the first Delines album (2014's excellent Colfax) to be sung from a female perspective. The Imperial again zooms in on the wearied and worn-out people who are left to deal with the trail of destruction wreaked by the damaged psyches that haunt these often impossibly moving songs. This provides an arresting supplement to the tales of perpetual struggle, frustrated ambition and narrowed horizons from the margins of modern American life Vlautin penned for the now sadly disbanded Americana cult heroes Richmond Fontaine.

Vlautin's songwriting remains a marvel. As powerful as Vlautin's books have been (the most recent, the gut-wrenching character study Don't Skip Out on Me, deserves to be ranked amongst last year's finest works of fiction), his truly exceptional talent is an ability to sketch out characters and situations that are believable and substantial enough to elicit the listener's instant interest and sympathy in a few anything but verbose verses.

Yet the true star of the show is located behind the microphone. Whether it's due to a channelling of the physical and mental scars sustained during her recent ordeal or the fact that the songs are even more loaded with hidden depths this time around, Boone's bowed-yet-unbroken performances bring these characters and their trying circumstances to vividly aching widescreen life. Whilst talk of Vlautin's songwriting inevitably focuses on the lyrics, Boone's effortlessly emotive delivery means that these songs can go equally heavy on the melody, emphasised by superbly atmospheric production that places the listener right in the room with the musicians.

The way Boone sings it, you know the attempt to revive a relationship well past its sell-by date in "Let's Be Us Again" - which swells and swoons alongside the protagonist's wary optimism (or is it desperation?) - is doomed, but a faint flicker of a hope of the past becoming the present again remains regardless. Loaded with dramatic horn parts reminiscent of Lambchop or Calexico, the humbly epic "Where Are You Sonny? " (with Boone managing to elicit equal parts frustration and compassion for the titular character's unending campaign of self-sabotage) wouldn't sound out of place on some crate-digging Country-Got-Soul comp alongside low-lit masterpieces by, say, Dan Penn and Spooner Oldham. Even on the rare occasion to tunes venture somewhere in the vicinity of hard-living cliché (such as the musically all-powerful "Holly The Hustle"), Boone delivers every word like it was a matter of life and death - or more important than that.

There's currently no shortage of retro-soul acts gazing back to the genre's golden era. Although the band's certainly keenly aware of how the classics were put together, The Imperial is far from a standard rulebook-revising nostalgia turn. Both the stark realism of the romance-averse blue-collar settings (here, the narrators are too busy hustling for a living to croon sugar-coated rhymes about romantic ideals) and potent musical left-turns (such as the stripped-bare minimalism of the weary-beyond-words "Roll Back My Life") make The Imperial sound thoroughly authentic, as opposed to a trip through someone else's back pages.