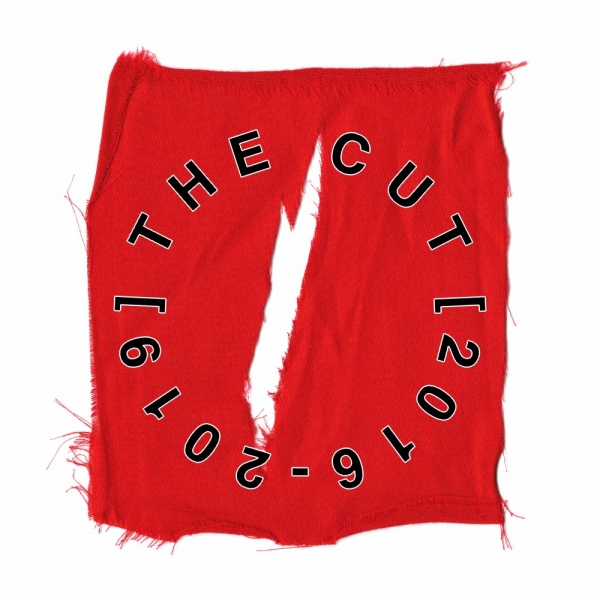 These New Puritans, since forever, have had an imposing reputation – not helped in the slightest by their increasingly bizarre, increasingly imposing musical style. It wasn’t enough for them to kick their career off by sounding (mostly) like the mutant offspring of The Fall and Sonic Youth, they had to push the boundaries of their sound further out into the darkest realms imaginable.

Field of Reeds, their magnum opus, was a masterpiece of folk horror – an occult, baroque monolith made up of the blackened remains of a burning neo-classical church. It was hideous, and incredible, and unsurpassable. Instead of pursuing the sound of that record (how could they? Who could?), they switched out the some of the classical elements for buzzing electronics, and pursued a polished yet harrowing industrial sound on last year’s Inside the Rose. Now slimmed down to the sibling duo of Jack and George Barnett, Inside the Rose showcased a brutal, uncompromising commitment to pushing their listeners into the deepest, darkest recesses of their minds.

This new record, The Cut (2016-2019), is a decade-closing compilation of music that serves as a ‘sister release to Inside The Rose, and is, in essence, a large collection made up of new music, orchestral ‘interludes and reworkings’, and remixes. Featured guests are Ossian Brown (Coil), Andrew Liles (Current 93, Nurse With Wound), and Scintii (a Taiwanese singer-producer, who was also featured on Inside The Rose).

The record opens with “The Mirage”. It has a thunderous drum battery, throbbing sub-bass coils and (creepiest of all) a children’s choir singing existential questions at you. If “Another Brick in the Wall” had been written for A Nightmare in Elm Street, this is what you’d end up with.

“Infinity Vibraphones Orchestral Mirror” and “Beyond Black Suns (The Cut Version)” (both reworkings of songs from Inside the Rose) are, in their new presentations, both on the languid side of TNP’s sonic spectrum, but they both have serrated edges, leaving your nerves in shreds. “If I Were You (Love At The End of The Human Age)” is a symphonic, rich trip-hop balm to salve the wounds of the opening tracks. It has a Massive Attack/Portishead darkness, but it’s also incredibly rich and elegant.

The ‘piano mirrors’ of last year’s “Anti-Gravity” and “A-R-P" are both as rich and poignant as the originals. “A-R-P Piano Mirror” conjures the deep, saturnine hues of Depeche Mode, if they were stripped of their more schlocky gothic affectations. Orchestral and choral synth patches introduce “Sphinx In Pieces”, before it grows outward like some kind of Protean monster, incorporating relentless drums and a spiralling sense of doom brought about in no small part by the monstrous crescendo.

Current 93’s Andrew Liles threatens to be the star of the album with his two remixes. The first, an ‘ambient’ remix of “Beyond Black Suns” evokes memories of early '80s movie soundtracks, while the second, a “#MeToo” mix of “Inside the Rose” allows him to draw on his Nurse With Wound experience to make a ripping, industrial/acid-techno shredder out of the source material.

This is a haunting – and haunted – collection of tracks that were simply too good to withhold from an audience. The reworkings are essential, the remixes vital. This is one of the only ‘companion’ albums released in recent memory that could have any claim to being just as good – if not better – than its sibling. The Cut serves to enrich, embolden and reinvigorate the sounds of Inside the Rose, reopening wounds that have only just healed. Where These New Puritans go from here, nobody can predict, but you can guarantee we’ll be along for the ride.