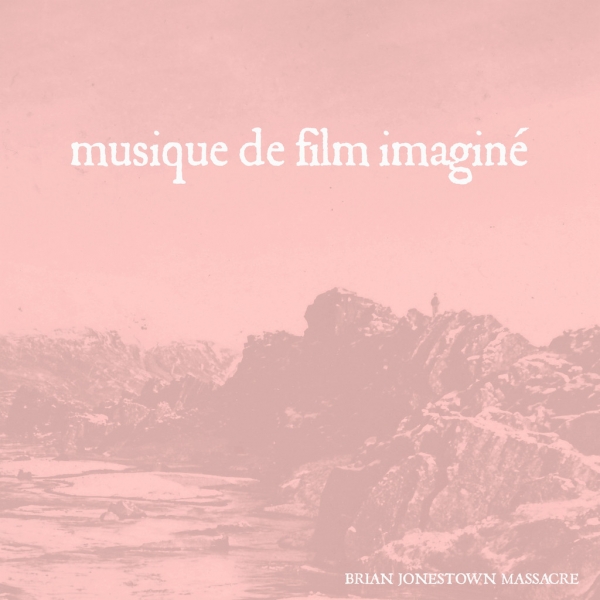 I was excited when I heard the premise of the new Brian Jonestown Massacre project, Musique de Film Imaginé. In February, Anton Newcombe announced it as “A soundtrack, my own creation, a tribute to great directors and filmmakers… The interesting thing about this project is that the film does not exist either… Now it’s your turn, you are the listener to imagine the film”. I was excited because I wanted to hear Newcombe create narrative and characters with sound. I was excited because, coming after the majestic Revelations from his own Berlin studio, it could herald a purple creative patch from BJM. Unfortunately, the result is curiously lacking in excitement.

It has none of the fleshy, tangled drama of its agnate matter. In fact, with a few notable exceptions, the music is all gallic shrug, not latin passion. It feels restrained, anaesthetised. You would peg an opening scene called “Après Le Vin” as a sexual, burgundy fuelled slow jam. The opening patter of drumsticks is promising, but all that emerges is a shapeless scud of reverb and feedback, with that patter the most dynamic feature.

Often I find myself crying out for a little more dynamism, a punch to sink my teeth into. But for the most part it doesn’t come. “La Dispute”, is a plodding, maudlin track led by ham fisted piano, and while it vaguely evokes something menacing it does little more than that. Tracks with potential often get stuck in the mud. "L’Enfer" is a rising crescendo primed to expand into a powerful, string-led noise epic before getting stuck at the midpoint; distracted by its own looping plink of keys. "Le Cadeau" despite ably evoking the duck of its title, just waddles through a minute and a half of xylophone and stops.

It’s not without its better moments: lead single “Philadelphie Story” feels like a bond theme, with SoKo’s vocals the femme fatale. They add some needed warmth, and provide a genuine character upon which to focus your attention; meaning as she croons ‘je suis mort’ you wonder her fate. “Bonbon Deux” kicks into triumphant overdrive in the last third, and “Elle S'échappe” is the most recognisable as BJM, with its muted horns and trip-hop drumbeat. But that’s a beat tracks like “La Question” would benefit from hugely; and would transform it from an almost medieval, flute number into a golden nugget of psych-hop.

What Newcombe has done is ape the music from the films he so loved. He’s done it relatively skilfully, but he hasn’t created a picture, a narrative, or any real sense of progression or with his music. I expected definite characters, perhaps using a leitmotif, but the mostly instrumental tracks offer few. I expected definite scenes; drama, bombast among the quieter moments. But each track fades into the last fading into the next and it all goes unnoticed.

It has its highlights, and great soundtracks, like the Cliff Martinez Drive score, often hang on a few great tracks. But with Drive, “Wrong Floor” and “Skull Crushing”, although seemingly unremarkable, take on new meaning having heard them in context. Here you have none of this. It’s a fish out of water, totally divorced from whatever pictures Newcome associates his music with. It’s music from an imagined film, not an imaginary film in music; and although laudably ambitious, it goes down as an opportunity missed.