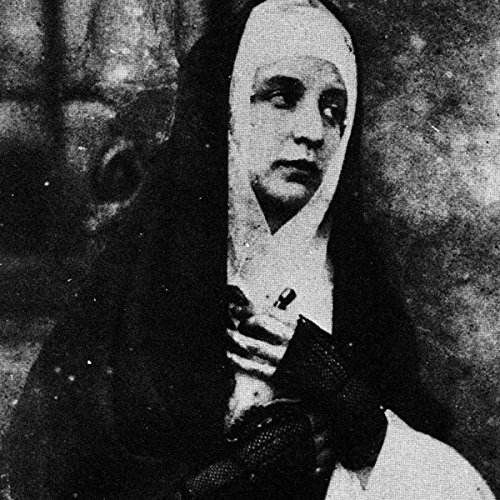 Portland-based sludge duo The Body have long made collaborations with other artists a staple of their experimental remit, with greater and lesser levels of success over their decade-and-a-half existence. They have stepped this up considerably in the past year: Thou are the third different act to share a record with The Body since the beginning of 2014. Unlike I Shall Die Here, their album with Bobby Krlic (Haxan Cloak), who effectively took on producer duties, and their Split LP with Sandworm, which was, unsurprisingly, a split LP, You, Whom I Have Always Hated is, as with last year’s Released from Love EP (originally pressed as a limited-release vinyl, and packaged here for the first time on digital format), being pushed very much as a full-on creative collaboration between two acts who have found themselves perhaps unexpectedly promoted to the status of metal heavyweights in recent times.

The first time I listened to Thou’s Heathen, their magisterial record from last year, I half dozed off to it, dreaming under its slow-building, doom-laden tones. Hated offers little opportunity for sleep. In an interview with NPR back in 2011, Funck explained that the band was trying “to experiment a little more with the dynamics we use as far as, like, not every single thing being distorted guitars and screaming.” If this experiment reached its apex on Heathen, Hated can be seen as them returning somewhat to their roots, crafting a relentless, remorseless experience which certainly is more accessible, and requires less time to fully appreciate, than their last two full-lengths. At a lean 30 minutes and just six tracks, it certainly doesn’t suffer from the potential fatigue problem 2010’s epic Summit – also six tracks long, but clocking in at just under an hour – may have threatened to.

Thus we get tracks like the wonderfully titled album highlight “Beyond the Realms of Dream, That Fleeting Shade Under the Corpus of Vanity,” which starts off like a classic Body track and morphs into something more visceral, as Thou fill in the silences The Body are often wont to leave behind. Thou, in their own work, may be attempting more of the kind of dynamic experimentation normally associated with The Body, but this is the sound of them countering those same compulsions, the sound of two bands looking to play in the spaces the other leaves absent. Much of the success of Hated, then, is down not just to how well these two bands’ similarities complement one another, but how well their divergences create a wonderfully discordant friction. “He Returns to the Place of His Iniquity” is possibly the set’s only respite, a more ambient, murky version of the acoustic interludes that set the tempo on Heathen, and in that much is possibly the moment where the collaboration is at its most visible: “Returns” takes what one of these bands does very well, and makes it sound like the work of the other.

Metal as a genre, or collection of genres, is all too easy to dismiss as overly insular, wrapped up in its own self-image and very particular set of sub-cultural signifiers. Thou’s asceticism may very well be an attempt to counter this insularity; if not to actively encourage a more mainstream audience, then at the very least to not turn them away. With their unadorned live shows, shorts-and-t-shirts-fashion sense, and Tom Waits-referencing song titles, Thou seem for all the world like any indie band in America. They choose their cover versions – of which they have performed many, most of them spectacular – with a similar disregard for metal’s closed world. Their version of Nirvana’s “Something in the Way” was a revelation, possibly the track I’d play to rock fans interested in but wary of metal’s heavier end; Released from Love closed on a desperate and haunting cover of Vic Chesnutt’s “Coward.” The midpoint of Hated is marked by an interpretation of Nine Inch Nails’ “Terrible Lie” a cut from 1989’s Pretty Hate Machine, which notably comes from Reznor’s earlier, more accessible period, when NIN was closer in sound to a hard-edged Depeche Mode than its later forays into industrial noise – in keeping with Thou’s trademark of taking relatively sedate tracks and exposing their violent undercurrents. Reznor’s whispered refrain “don’t take it away from me/I need someone to hold on to” becomes the central anguished scream of The Body’s Chip King in this version, and the whole thing ends with writhing, feedback-heavy guitars that could be mistaken for latter-day Reznor himself.

Considering how many of these collaborations often go – indeed, how some of The Body’s past collaborations have gone – You, Whom I Have Always Hated is a remarkably coherent and singular piece of work, which, due to its economy and pacing, never stumbles across an ill-fitting moment in which you can hear the seam that joins two different creative forces. I Shall Die Here and Heathen both meant 2014 was always going to be a tough year to follow for these bands. Hated represents a more than adequate palate-cleanser before the real work stars anew.