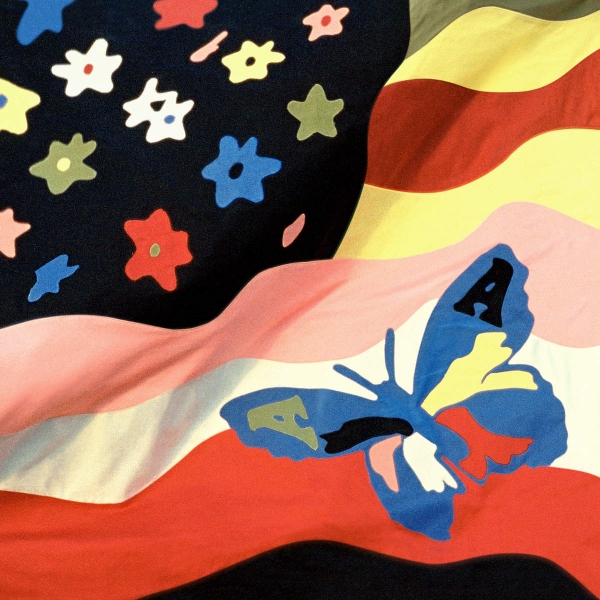 Sixteen years. Sixteen. But that’s just a number: running through just a few of the things that have happened - 9/11, Iraq, George W. Bush, world recession, Kanye, iTunes, The Lord Of The Rings films, streaming, Breaking Bad, Facebook, the wholesale collapse of our political system - in the time since Since I Left You’s hazy blur is as sobering as listening to it is intoxicating. But even more so is realising that half my life I’ve been waiting for its follow-up, that I’ve had friends literally die whilst doing the same.

Fair play to The Avalanches though: difficult second album doesn’t come close. How do you follow up one of the most idiosyncratic, inventive and compelling releases of all time, an hour of sound that captured both yearning nostalgia and pin-sharp modernity, at once breezy and deep, beautiful and driving, sweetly-sad but ever-optimistic - a turn-of-the-century portrait before the century went shit?

Turns out you do it in much the same way. It takes just seconds for Wildflower to dispel  notions of any hard-left stylistic swerve, its opening conversational babble erupting into the same joyous meld of crackling brass and charming samples that won us over last time, and that’s before the bass even kicks in. When it kicks in - well, you’re gone.

Later you’ll recall only fragments - the opening swell of "Subways", Jonathan Donahue’s nursery-rhyme vocals on "Colours", the aching harmonica on "Zap!" and the banjo on "Park Music", "Frankie Sinatra’s" masterful segue into "My Favourite Things", the dizzying, sweeping, swooning dance into "Kaleidoscopic Lovers" and David Berman’s final wistful narration, everything else a happy smudge of strings and synths and handclaps. Light-headed and slightly confused you’ll swear you heard "Since I Left You’s" flute again, siren call to our summers past, and somewhere, buried deep, that horse whinnying once more.

And sure enough they’re both there, alongside the same snatches of laughter and social chatter that we half-heard last time taking us right back to that party we wished we were at: as time machines go it’s up there with Skynet. It’s disarming, actually, just how comforting these snippets are, and a sharp lesson in the power of nostalgia - but hey, The Avalanches have always weaved their sound from sampling the past, so why shouldn’t they thread themselves into it?

Should they have moved on, done something else - we expect artists to evolve, right? Yeah, well, maybe - but there’s no denying the fun in hitching along as the band ride a Being John Malkovich portal into themselves, the view a wide-eyed and gleeful crayon meld of primary colour and clashing sounds that doesn’t give a damn about staying within the lines. Sure, a few of the changeovers jar slightly - didn’t they ever? - and some of the samples grate a little, but as winning formulas go this one is pretty damned winning. And it’s not like Wildflower doesn’t add to it - Robbie Chater and Tony Di Blasi have enlisted a roster of talent on vocal duties, from Camp Lo and MF DOOM to Ariel Pink and Father John Misty, although the real skill is in arranging an album so enveloping that it’s entirely possible to miss that they’re there.

Do they need to be? Probably not, actually - the names make for a nice selling point on the front of the LP but it’s The Avalanches’ efforts that make this album, although the deeper forays into hip-hop on "Because I’m Me", "The Noisy Eater" and even the poorly-received comeback "Frankie Sinatra" - much stronger in context - lend a nice variety and harder edge, even if Gorillaz and DJ Format have mined that seam pretty fully in the last decade. But a thousand shiny Freddos to whoever suggesting bringing in the Mercury Rev singer: the aforementioned "Colours" is great but "Kaleidoscope Lovers" is utterly sublime, a genuinely moving four minutes of lush orchestration beneath his soft and dreaming lilt and exactly the salve we need against the world right now.

That pretty much sums up the album, actually - a coloured filter to help offset the darkening climes, both comfort blanket and friend leading you to the dancefloor, the air thick with sweat and happiness. It’s a sunset hue or daybreak breeze, a summer where the rain doesn’t fly in sideways through your basement window or a warm smile from a stranger at a time when our country seems to be shrinking back from those around. And who knows: just as Since I Left You bracketed one side of these last often terrible years maybe this will close them in, sealing them off as memories much less potent than the ones that The Avalanches do so well evoking.