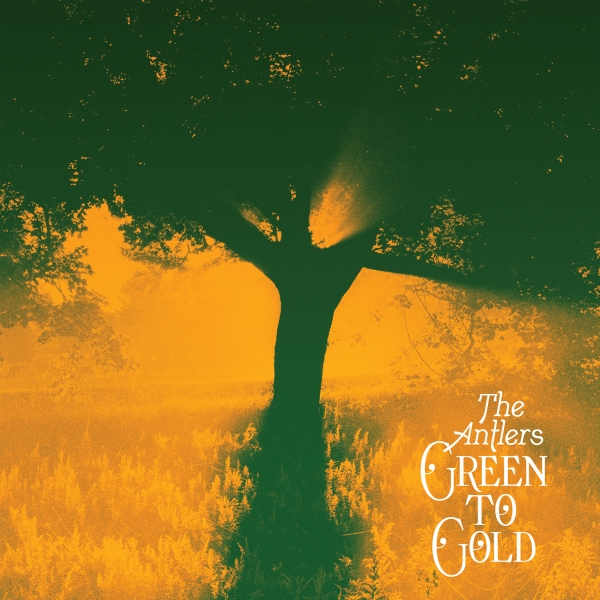 Brooklyn gloom purveyors The Antlers are back, with their first album in seven years. A series of terrifying health conditions - vocal cord lesions, temporary hearing loss - forced frontman Peter Silberman to take some time out, and to relocate from bustling downtown to the relative serenity of upstate New York, where he grew up. There, Silberman took solace in gardening, hiking, and (eventually) making music again.

Unsurprisingly, Green to Gold is a remarkably zen affair. The press release mentions that the album was "written almost entirely in the morning hours", and indeed, Green to Gold feels flooded with a warm, morning glow. The songs are unhurried affairs, taking their time to unravel.

While there isn't anything present that you could credibly call an earworm, there are, however, some gorgeous details - the low, mellow horns which hum charmingly in the background of country-tinged "It is What it Is", the almost rinky-tink piano which elevates "Porchlight" from simply pleasant to really quite lovely.

Silberman has always been an excellent lyricist, and on Green to Gold he turns his talents from Plath-inspired gothic noir (Hospice) and extended marine metaphors (Undersea EP) to the pastoral. There are some evocative lines on here - "you'll be right back / like you never left / like you mailed yourself to your return address", Silberman sighs on the opener "Wheels Roll Home" - but by the tenth track of verdant metaphors and leafy imagery, it's hard not to wish for the return of some of the angst which characterised The Antlers' earlier works, just to add a bit of bite. Still, with spring just around the corner, it's hard to be churlish. Green to Gold is a befitting album for lazy summer mornings.