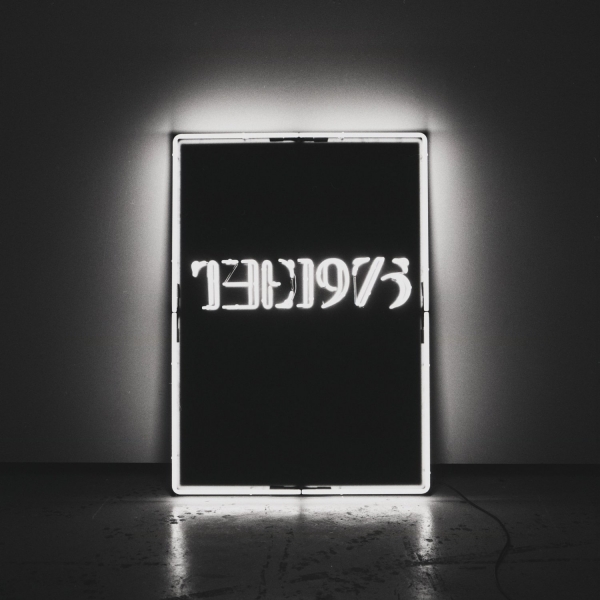 From apparently nowhere, The 1975 ambushed the airwaves, drenched in leather and a gloss so bright you need SPF 15. Instantly oozing Top 40 appeal, the Mancunian foursome unfurled a slew of EPs and singles, summoning a palpable buzz for their eponymous debut LP. You’d be forgiven for assuming that they’re a fledgling outfit due to the suddenness of their arrival into our peripherals, but in reality, they’ve been performing together for a decade under various guises, only last year settling on their current moniker. They’ve been around the block a few times, and are definitely no strangers to the local circuits, and although it’s taken them a while to reach the wider public consciousness, they’ve done so in a big way.

The indie-rock/pop quartet sidle comfortably alongside Bastille, though there’s a taut, garage-y feel to The 1975 rather than an overtly synthpop one, despite their occasional dabbles in electronics. It’d be all too easy to dismiss The 1975 as a cookie-cutter act fresh off the conveyor belt, but in reality they’ve worked damn hard to get here – determined doesn’t even begin to cover it. Vocalist/guitarist Matthew Healy has told of the band’s inspirations coming from unlikely places, including John Hughes, D’Angelo and My Bloody Valentine. In the same way Two Door Cinema Club did a few years back, they’re injecting fun, axe-led sounds into the charts – they escape the dour tendencies of their locale, and the baggy twangs of nearby B-town – and are a welcome respite from pretentious megastars, half-arsed R&B and those flying under the X Factor conglomerate banner.

Tracks like ‘Sex’, ‘The City’ and ‘Chocolate’ have stormed the zeitgeist already and become household tunes. ‘Sex’ has a Killers-like feel to it, with soaring stadium-rock guitars and a rampaging chorus. It’s been re-recorded for the album, with a few synths and extra layers tacked on, and it feels fresher, but largely the same as the original radio cut (though that isn’t a bad thing necessarily). ‘Chocolate’ is a jangly effort with sandblasted riffs and a carefree summertime vibe; the rhythms section is dancefloor ready and the words are viral (“Yeah, we’re dressed in black from head to toe/ we’ve got guns hidden under our petticoats / we’re never gonna quit it/ no, we’re never gonna quit it, no!”) – just you try and get the hook out your head without a crowbar.

This pop malarkey seems to be an innate power for the four rockers as they launch a hefty 16 track debut. It’s pristine, glimmering music with a high production value – though it doesn’t sound overwrought – and on a surface level, it’s immensely chilled-out. It’s more often than not a clear pop album, they’re peddling the cornerstones of classic rock (sex, drugs, death and love). The 1975 are casting a broad net with their album; there are moments of ’80s new-wave (‘Talk!’), crumbling post-dubstep (‘Menswear’), hair-metal power ballads (‘Pressure’), funk grooves (‘Girls’) and tropical electropop (‘M.O.N.E.Y.’). It would be difficult to find the entire record wholly unappealing – perhaps not everyone will appreciate every second, but there’s such a vast array of noises that you’re hard-pressed to walk away without falling in love with some element.

‘Settle Down’ is a highlight. It’s got a neon veneer with twinkling synth arpeggios and jagged, muted licks. The shuffly beat and Healy’s distinctive pop-punk vocals add extra dimensions; it’s a congealed slab of chiselled, sun-snogged sound. Conversely, there are some clunky, jarringly ethereal minute-long interludes that break up the aural bliss – they’re not bad snippets, but their inclusion is odd. Are they part of some bigger concept? Or are they there to provide a time-out from the deluge of chirruping? Who bloody knows.

This record will come as a surprise to the legion of naysayers poised to lambaste The 1975 at the drop of a hat. They’ve not unveiled the most ground-breaking masterpiece of the past decade, but no one’s asked them to, and they’ve never indicated that was their grand plan. This is pop, pure and simple, and taken as such, is a rollicking pleasure. The 1975 is rammed with hits from start to finish, and the cornucopia of singalong phrases, gorgeous melodies and grin-worthy guitars will keep you either A: enthralled, B: boogie-ing, or C: both. There’s no point bemoaning their music, as you’ll be hearing a helluva lot more of it – The 1975 are an imminent force to be reckoned with.