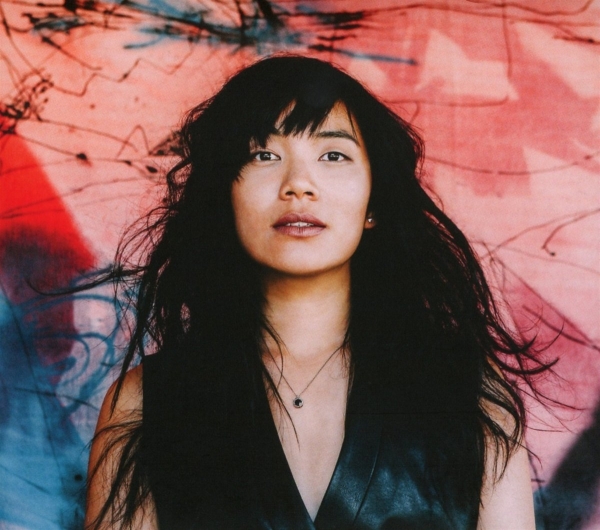 After a decade or so scrapping away on the US indie folk scene, Thao Nguyen of Thao and The Get Down Stay Down seems like a songwriter who has frequently been patted on the head and damned by faint praise. New work A Man Alive deserves more recognition than that.

It’s not that there has much been much to dislike about her mix of rootsy Virginia twang with sun-kissed 60s melodies and pointed college rock edges on her three previous albums, it just never really stood up above the parapet. Her smart, warm, guitar pop was all very ‘lovely’ and ‘nice’ and ‘breezy’ and ‘melodic’ and all those barbed adjectives that usually mean –‘meh’.

Last time out she returned from tour burnt out and uninspired, and regrouped by settling in San Francisco and working as a volunteer advocate for Women’s Prisons. The experience led to more political ideas and social issues on We The Common (2013), and single "Holy Roller" was a bright piece of we-shall-over-come, feelgood positivity that sounded like the beaming soundtrack to every Gap advert ever made.

This time, with Merrill Garbus (tUnE-yArDs) as producer, the tired old indie rock template is torn up and all those melting harmonies and jangling melodies are twisted and morphed into something more jaunty and abstract. It’s somewhere in the realm of Annie Clark’s idea of ‘alien pop music’  with nods to Animal Collective’s kaleidoscopic daydreams and those chirpy afro-beat guitar tones that Vampire Weekend indulge in.

Nguyen is at her most personal too, using her wayward father as the basis for the record. It’s not a self-pitying therapy session though, more an exploration into the situation in which she attempts to look at things from both his point of view and her mother’s side, as well as exorcising a few of her own demons. “How could I still be surprised?” she asks on "Fool Forever". “Oh mighty man of war, how we tether together/ I know you’ll make a fool of me forever”.

The concept of deconstructing the pop song and jumbling it up again like a Picasso painting has mixed results.  The choppy, staccato feel of opener "Astonished Man" sets the air of muddled confusion, but a big uplifting chorus shows Nguyen as a strong, defiant, survivor and the last line tells the ultimate story - “Stand and capture an astonished man/ Hold him until he knows he is forgiven.”

"Meticulous Bird" is the most striking departure, with Nguyen rolling her tongue around flirty raps to a backdrop of strutting beats and quirky sound effects – it’s the closest she gets to a Missy Elliot club thumper. More poignant moments come on the raw, stripped down "Guts" in which she pleads - “You know, I’m so easy to find/ You won’t come get your girl?/ I want peace, enough for two” and the more complex "Hand to God" where she attempts to put herself in his shoes – “What kind of man am I to take the fear to you/ Take a miracle to keep me near to you/ I show you the mettle I’m made of.”

It all makes for a pretty giant leap forward, with the weighty, emotional subject punctured by a Willy Wonka factory of discombobulated guitar pop that has the Tune-Yards’ finger print all over it.  It’s complicated, but Thao Nguyen is very much alive.