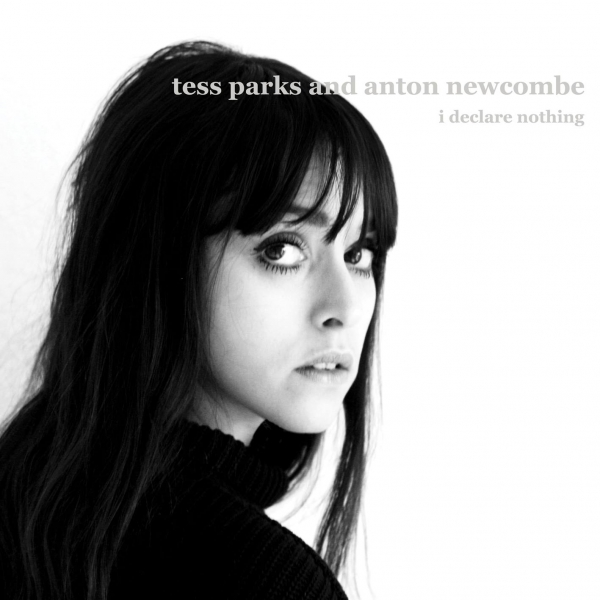 Anton Newcombe of the Brian Jonestown Massacre and Tess Parks joined forces at the start of 2014. I Declare Nothing is the lingering consequence of their collaboration. Recorded in the heat of a Berlin summertime, their joint debut is forty minutes of scorching vocals and sweltering refrains, ambling rhythms and elated rhapsody.

Equal parts deep and blissed out, I Declare Nothing would be all too easy to switch off to and float away on. But dive beneath the tracks' shimmering surface, delve through the rich layers of sound, and you find yourself treated to something entirely more profound. Whether you want to tune out or zone in, I Declare Nothing provides the perfect setting.

The songs transition seamlessly one into another - one long, vivid stream of consciousness brought to life by ceaseless rhythms and intricate guitars. Tess Parks' husky vocals ring through your mind long after the sound fades away, words echoing cavernously through your thoughts.

With so many layers, you could all too effortlessly get lost in the world the duo have constructed for themselves. Elaborate and sprawling though the songs may be, their direct structure subtly ensures that the journey you take is the one you're guided on. There's no limit to the expanse of the imagination. As these broad soundscapes twist and evolve, it seems there's no limit to what this duo can achieve either.

Sauntering with it's own aptitude, "Melorist" is an album highlight. Hip-shaking guitars and trotting rhythms meet dulcet tones and sultry words, building to a cacophony of keyboard and chaos. The rest of the album sails smoother. "Cocaine Cat" - the first track to be unveiled from the album - set a potent template for everything that follows. Delectably dreamy, Tess Parks' bewitching vocals immerse you in a setting out of time and out of place. Classic aesthetics filter through innovation and layer upon layer of meandering sound.

Despite its stripped back structure, "German Tangerine" is one of the records strongest tracks, questioning the very nature of knowing who we are and what we want. "Gone" is as close as you get to a breakaway hit, complete with sweltering guitar solo and catchy vocal hooks. "Mama" is a chilling call to action, its all-out rock breakdown swimming through psychedelic effects as the vocals haze out of focus.

Parks and Newcombe might be declaring nothing, but the words uttered through this album are compelling enough to leave a long lasting impression. "I found a piece of paradise and I wanted to spread it all around" Tess Parks croons on "October 2nd" - it seems that's exactly what this duo are trying to do here. Having found a heaven in their collaboration, they've crafted a debut album together that proves both emotive and enchanting.