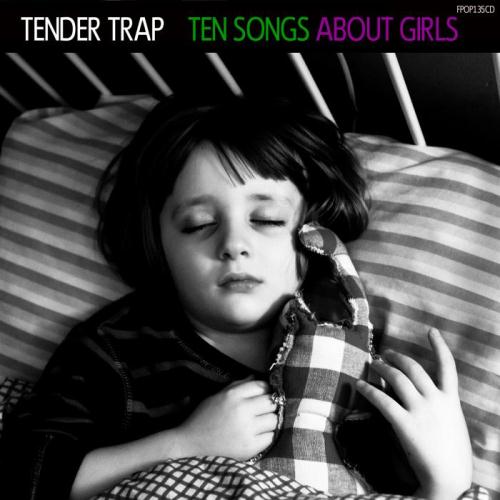 There we go, I’ve said it now: the one adjective that can be used to dismiss not just a single band, but a vast swathe of indie music.

See the scorn on the face of the idle music fan as they stumble across the word in a humble review! Note that lip curling into a sneer as they mentally conjure up images of lisping, ineffectual boys; holding hands with girls in hairslides and vintage dresses; probably believing Belle And Sebastian to be the apotheosis of alternative culture or something. Or The Pains Of Being Pure At Heart or something, I don’t fucking know. Something cutesy anyway. And shit. No other word in the musical lexicon has that power (…well, possibly ‘Sting’, but we’ll leave that to one side for now).

Isn’t that weird? That a subgenre can be so repeatedly slammed for its ephemera, to the point where factors like melody and content are ignored because of the execution? Does that happen with punk? With indie rock? With metal? Seriously man, that rocks too much for me – funny how that never comes up. And given that “twee” (as a woefully inadequate descriptive term) has been used to cover everything from The Smittens to Yo La Tengo, its power to repel is even more mysterious. What’s the deal with that?

Even if it doesn’t necessarily occur to you, dear reader, Tender Trap are undoubtedly someone’s idea of twee. With a lineup comprising two members of seminal indiepop acts Talulah Gosh and Heavenly (and with Allo Darlin’ singer Elizabeth Morris having recently passed through the ranks), it’s almost inevitable that this fourth album will attract a rather healthy percentage of reviews slanted towards that very word (like, er, this one, cough). Oddly enough, this is perhaps the least twee album of their career, with some tracks reminiscent of post-Weezer college rockers Nada Surf – accidentally, one presumes – and others betraying a subtly spikey post-punk influence. But irrespective of how hard they hit, it’s also probably their best record thus far.

That title suggests a record based on character studies, or a series of feminist essays set to music, but it’s nothing quite so heavy-handed as that. Despite Amelia Fletcher being an inspirational figure for the Riot Grrrl movement, her artistic approach has always valued the personal as the political. So we get songs mourning the dissolution of relationships (‘Memorabilia’), joyfully righteous manifestos for forming bands (‘Step One’) and celebratory tales of outsiders (‘Broken Doll’)… standard indie material then, but crucially all from a female perspective. I’m not fully qualified to comment on said perspective, being rather too male, but nonetheless it’s pretty exhilarating to listen to.

The tunes help, of course. There are familiar Rickenbacker-esque jangles throughout from guitarist John Stanley, particularly on breezey opener ‘Train From King’s Cross Station’, but they glisten beneath sumptuous three-part harmony arrangements from Fletcher, Katrina Dixon and recent-ish recruit Emily Bennett. They lend an irresistible ’60s girl group feel to a set of already-sterling tunes; a bonus sprinkling of magic to really take your breath away. Bonus vocals come from Fletcher and bassist Rob Pursey’s daughters, credited as The Fire Girls – they push the New Kids On The Block-referencing stomp of ‘Step One’ into pure pop territory with their giddy contribution, giving further credence to the notion that indiepop truly is a family affair.

Ten Songs About Girls ain’t gonna change the world – it might not even change the make-up of your record collection – but it’s certainly going to captivate a few eager hearts. Don’t let that irrelevant, tired old “twee” tag allow you to write off one of the most blissfully melodic albums you’ll hear this year. Soft voices deserve to be heard as clearly as loud ones, especially when they’re making noises as beautiful as this.