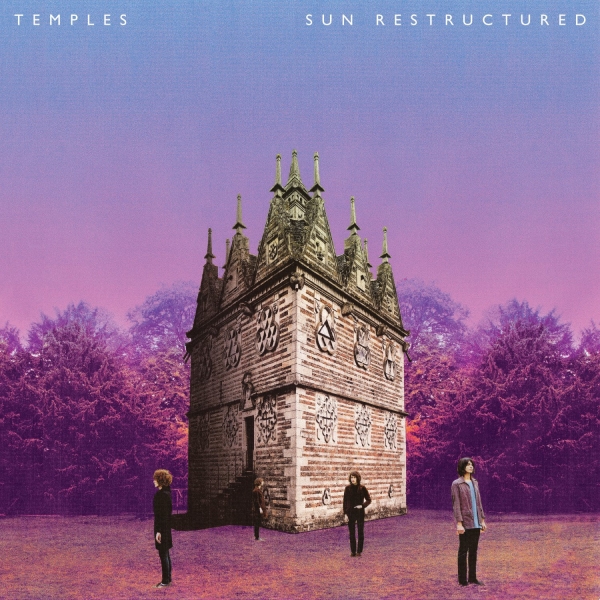 At the beginning of 2014, Kettering’s Temples unveiled their colourful, homemade debut Sun Structures to the world – an album created within the mattress-lined (or something to that effect) walls of frontman James Bagshaw’s home, self-produced by Bagshaw himself (with all tracks co-written with fellow founding member and bassist Thomas Walmsley) and, effectively, a homemade time machine to the funk fuelled sychedelia of the ‘60s and ‘70s. It was an album that saw rock giants Johnny Marr and Noel Gallagher heralding the four piece as the best new band in Britain, and armed with monster, T.Rex-esque roars of anthems including “Mesmerise” and “Colours To Life”, it’s difficult not to agree. With big beats and bright synths leading the way, it was an album screaming to be re-worked, mixed or made.

Enter - by some magical method, surely - Beyond The Wizard’s Sleeve (Erol Alkan and Richard Norris), the minds behind Sun Re-Structured. By reanimating Sun Structures the duo have spilled the contents of the kaleidoscopic collection – one of the biggest selling vinyl releases of the year – and broken down what made the sound so stunningly true to their influences, without forgoing a forward thinking mentality which is naturally the only way any new band can survive. Psychedlia has been a buzz word of the last couple of years, with acts including Tame Impala giving the surreal, spin-off genre a reboot up the rear, but Temples, heralded by Bagshaw, offer a glimpse of how it may have sounded today if it had never been heard before, embodying a sort-of-second coming comprising half Bolan and half Lennon. And with Beyond The Wizard’s Sleeve on board we’re given a glimpse of how that match may have worked if somebody else had been allowed to help make it.

Just nine of the twelve tracks are included in Re-Structured, playing as one 42-minute continuous piece. Opener "Sand Dance", originally built around an Aztec beat and placed towards the end of the debut, is given a injection of funk, with breakdowns that border prog-rock and cinematic strings towards the climax. “We have to see things that we wish we could be,” Bagshaw repeats, as if to emphasise the importance of this second pair of eyes that’s been given permission to look through Sun Structures, and perhaps give a hint as to what visions it may influence further down Temples career. A fuzzier feel surrounds "A Question Isn’t Answered2, which is the least tampered with track, allowing for the unquestionable Lennon-ness to linger with added drips and drops of distortion and experimentation.

But if Sun Structures was the trip, Sun Re-Structured is the comedown that’s only going to encourage continued usage. When not cutting up entire recordings, elements of others are used to weave the collection together; the tiny elements of gliding strings and tip-toeing keys that give "Keep In The Dark" those few glimmers of light shine when the bomp-bomp beat is shunned, while excerpts of "Test Of Time" are equally stunning, and sound surprisingly like an ‘80s soundtrack when the electric guitar and keyboards make a quick cameo. Despite missing some of the more playful moments of the original release, Sun Re-Structured is a fittingly warped, sometimes ambient but always interesting collage and companion piece, which could be the start of a journey that takes the band to their very own dark (and, later, light) side of the moon.