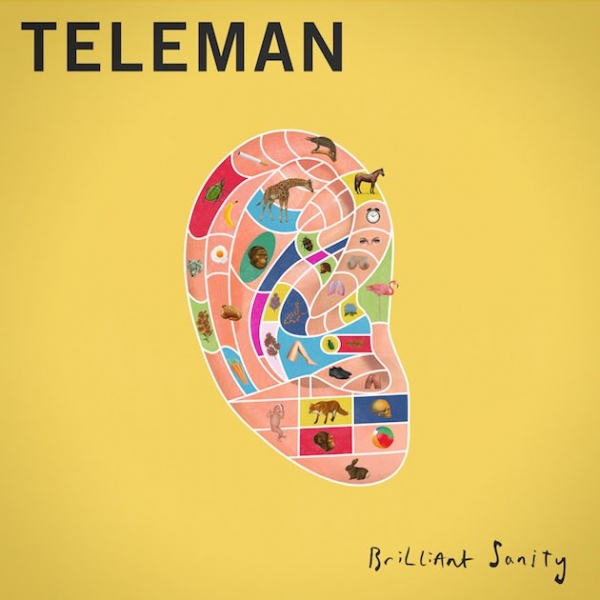 Teleman remain somewhat reminiscent of the heady days a decade ago where clutches and clutches of bands disappeared as quickly as they appeared, chasing sounds to make people stamp their feet on the sticky floors of over-crowded indie nights across the country.

Opener “Dusseldorf” certainly wouldn’t have been out of place back then, as many sounds chased the clear and prominent vocals of Bloc Party, the simple and tightly wound guitar of Foals and the haranguing of the Rakes.

Maybe this is not altogether surprising, with half of the band born from a band from that era. But in a new context of now Teleman’s sound is more interesting, more self-aware and much further down the track, as we all are.

This second chapter, difficult or not, from the UK four-piece was recorded in South London with producer Dan Carey, and feels, as a sum, incredibly considered. It hangs together as if each beat, each note was mapped out and honed, leaving a very homogenous, very accomplished feel.

Single “Glory Halleluiah” is a wonder balm of uplift and earworm, while title track “Brilliant Sanity” is an altogether different pace that reflects a spectrum of thoughtfulness and a reluctant hopefulness.

“Tangerine” is standout in its simplicity, introducing itself to you like you’ve always known each other, while “Fall In Time” is a slow burn is the best way possible – growing and melting away in the most delicious fashion as Sander’s voice loops around and around singing “I want you/Can’t afford not to fight/No, I can’t afford not to fight…”

As a whole Brilliant Sanity is as fresh as it is reminiscent, as catchy as it is challenging and thoughtful – a welcome nod to what has been, with a firm eye on the horizon.