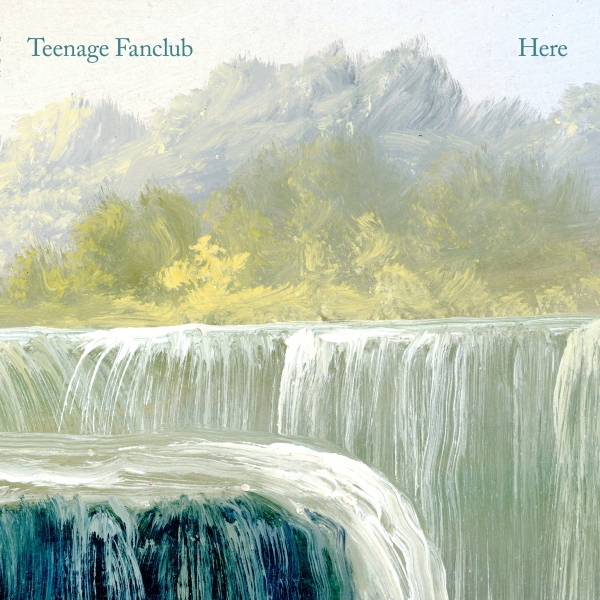 2016 is a turbulent age in which heroes fall and zeroes prevail. In moments like these we need areas of stability, familiarity through things that remain the same, untainted by time. This is where Teenage Fanclub come in.

Long term fans will know the drill thoroughly by now; three songwriters, four songs each, and an overly long gap between each album. Since Howdy in 2000 they’ve manage to rustle up the sum of two long players prior to Here, 2005’s Man-Made, and Shadows five years later.

Blake's jangley "I'm in Love" is the most urgent they've sounded in years, but the sentiment is in keeping with Blake's best songs: "It feels good, with you next to me / That's enough, that's enough / Isn't life such a mystery? I'm in love with you now". Oh, Norman!

"I Have Nothing Else To Say" is like a warm hug on a cold night, "Steady State" is beautiful piece of spaced-out dream pop, and the soaring violins of "The Darkest Part of The Night" is them at their sweetest. All are go-to tracks.

But "It's a Sign" is the album's highpoint. Love's dejected delivery breaks into melancholic joy accompanied by beautiful vocal harmonizing and a great guitar solo. For those who fell off the boat after their hit parade flirtation (up to and including 1997's outstanding Songs From Northern Britain), this is the track to which you will fall back in love with the band.

The core components of their sound have remained intact, and it's only the delivery - which has naturally slowed down in pace - that has changed. Big Star, Gram Parsons, Rodeo-era Byrds... it's all here, but they've been at this for so long now that these influences have just naturally just become part of what it is to be Teenage Fanclub.

In fact, they haven't signifcantly shifted their sound since the switch from the grungey pop of 1995's Grand Prix to the aforementioned pastoral shimmer of Northern Britain. Sure, we loved the shambolic live shows of the past, that bit on Bandwagonesque's "Metal Baby" on where the music sounds like it's about to fall apart, the throw away pop tracks such as "Norman 3" (which consists of the words "yeah I'm in love with you" and not much else), but the cosy nature of their later material continues to be both familiar and enticing. Aint that enough?