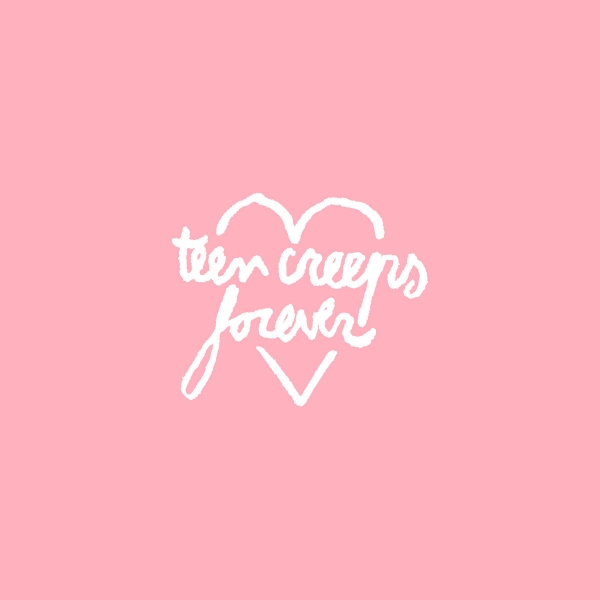 Back in 2018, Belgian trio Teen Creeps released their debut album Birthmarks. Nine tracks of scuzzy, scrappy alt-rock, it asserted the three-piece as an exciting if not angsty prospect that succeeded in channelling the sprit of the ‘90s while still feeling somewhat contemporary.

A lot has happened in the almost three years since that record’s release, and there’s a lot for the Belgian punks to still be angry about. While the trademark urgency and clattering delivery of the debut is still present however, its follow-up Forever suggests that Teen Creeps have mellowed with age.

This is no bad thing. Where their debut was irresistibly scrappy, harbouring more than its fair share of youthful exuberance, this wouldn’t strictly fly for a follow-up. Instead, the band have taken all that made Birthmarks the record it was and built on it. Ironing out the creases and softening any of its sharp edges.

This, in part, comes from the record’s production. Where the debut was produced by Rory Attwell, this time the band returned to long-time collaborator Jesse Maes, something which has given the record a smoother, less abrasive sound that marries perfectly with ­­Forever’s mellower aesthetic.

That doesn’t mean to say that any of the band’s edge has been lost however. Draped with a heady and nostalgic fuzz, tracks such as "Hideaway" and "Tourist" bristle with an undeniable urgency much like that of The Replacements or Hüsker Dü, though elsewhere things do feel much more polished.

"Signal Dreams" for instance, is an example of just how far Teen Creeps have come since their debut while the likes of "Brothers" and "Toughen Up" are ambitious offerings that feel much more introspective than anything the band have released previously. One only need look as far as album closer "Crash/Land" to see just how far the band have come in those two years; six minutes of sprawling indie rock, it effortlessly brings to mind bands such as Pavement.

Unfortunately, where for the most part the production helps bolster the record, there are times when it allows the tracks to merge into one another, especially on repeat listens. It’s only a minor complaint, especially when the record feels more cohesive than it’s predecessor, but it is something worth noting.

On the whole though, Forever is an excellent second album. Building on everything that made the first record what it was, it’s ambitious without arrogance and once again makes future material from the band an exciting prospect indeed.