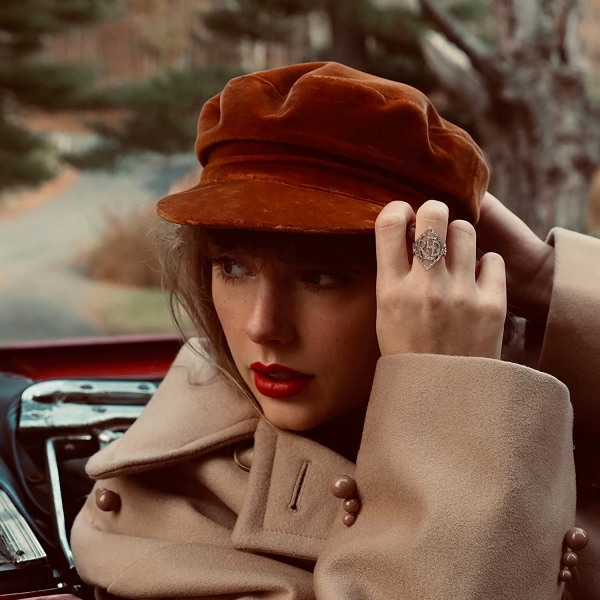 The lukewarm critical reception to Red on its release was equal to the lack of attention its creator Taylor Swift was getting in many parts of the music press a decade ago. Swift’s brand of country - and her nascent pop sound - had yet to make its glorious crossover into the same world that embraced The National, Arcade Fire and LCD Soundsystem.

Red was in parts the sound of Swift kicking at the coat-tails of pop respectability, hyper-aware of the space she inhabited as well as the scenes that would (eventually) embrace her. The last substantial work she would undertake with longtime production collaborator Nathan Chapman, it also marked the beginnings of a two-album relationship with Max Martin and Shellback, which would see Swift through her imperial phase.

The record’s always been a watershed moment in her story - a perfect distillation of Swift's self-aware, lyrically biographical gee-shucks persona set against career-defining songs that ultimately changed the way she’d be perceived. It was obviously going to be the most anticipated part of Swift's quest to re-record the first six of her albums. Thankfully, Red (Taylor's Version) sees Swift delivered a package that balances fan service alongside an insightful documentation of one of modern pop’s best songwriters at a key juncture in her career. In anyone else’s hands, 30 tracks might feel bloated and indulgent, but Swift tempers length with careful curation, sequencing and a respect for what made the original Red such a superb pop record.

As on Fearless (Taylor’s Version), her vocal is subtly bolder and more assertive but otherwise the same songs sound much the same - perhaps a little more organic and autumnal in places, a nod to her lockdown albums (Aaron Desssner and Jack Antonoff are credited as producers across the record). But it’s the tracks from the “vaults” that really surprise: “Nothing New”, a sad lullaby of a duet with Phoebe Bridgers, is among the best things she’s ever made, with a tender back-and-forth bridge between the two women. Along with the Chris Stapleton-featuring “I Bet You Think About Me” - the record’s most country-leading moment - she turns in two songs that equal the original’s collabs with Ed Sheeran and Gary Lightbody. Elsewhere “Better Man” and “Babe” - both Swift-penned and performed originally by Little Big Man and Sugarland respectively - sound energised and full with their creator’s voice leading them. “Message in Bottle” and “The First Night” are A-grade Swift and would fit easily on Red’s follow-up 1989, while a second Sheeran-featuring song “Run” is all the better for its light use of the red-headed Brit’s vocal.

Her ten-minute version of “All Too Well” at the conclusion of the record is as disarming as it is fascinating. An artefact of her songwriting and recording process, it sits neatly alongside to the glimpses of Swift at work we get in Miss Americana, last year's Netflix documentary. While it adds little to the album musically, it plays into the mythology that surrounded Red’s original release, doubling down to an extreme on the drama and emotion. There are more clues than ever about the song's antagonist who shouts “fuck the patriarchy” as he throws his keys to Taylor and charms her father "with self effacing jokes”, “sipping coffee like you were on a late night show." Its inclusion highlights the strengths of the song’s truncated version; the result of some very well-informed artistic choices. The vitriol is dialled back there; Swift understands the intricacies of pop music, retaining choice lines from the seven verses that play out the song’s sadness, shame and regret with perfect pitch.